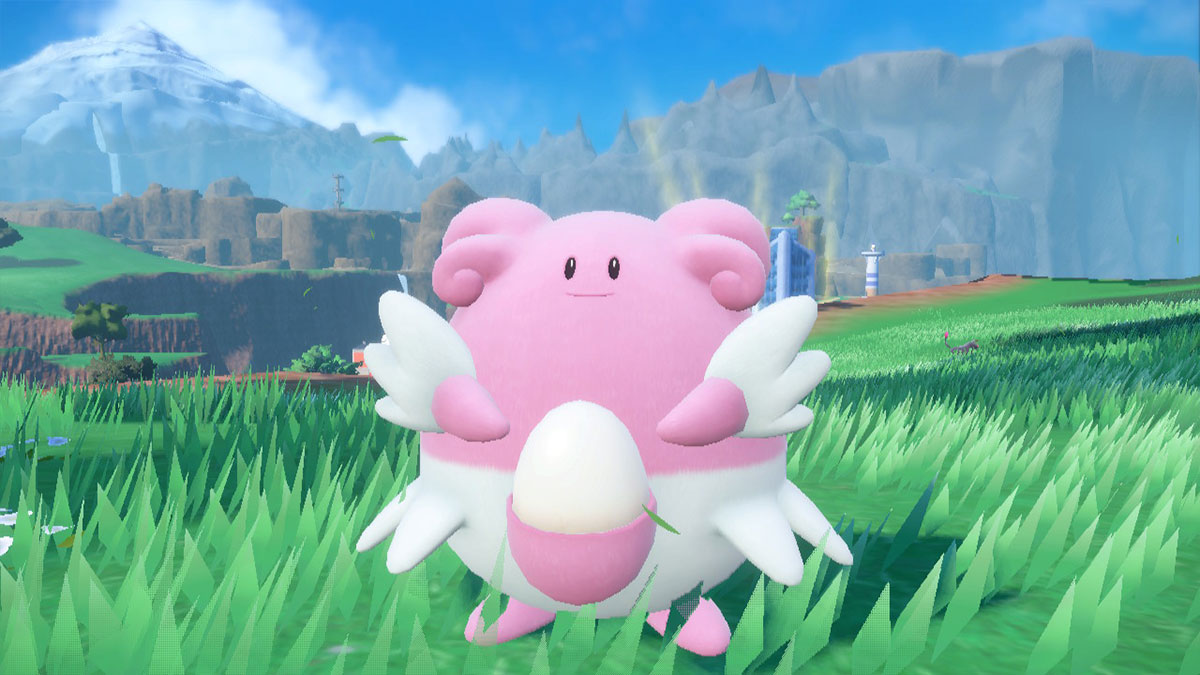 Believe it or not, Blissey is one of the heartiest Pokémon in the entire series. It has the highest base HP stat of any regular Pokémon — not bad for something that’s been around since Gen 2. Blissey can be obtained in Scarlet and Violet as well, and whether you’re looking to catch or evolve one for yourself, we’ve got pointers.

Related: The top 10 strongest Pokémon of all time

How to catch Blissey in Pokémon Scarlet and Violet

The simplest way to add Blissey to your Pokédex is to catch one, of course. It has a few different habitats, favoring the northern half of Paldea, as shown in the screenshot above. Note that Blissey is “very rarely seen” and “quick to run away.” It might take a while for one to spawn while you’re searching those areas, and on top of that, it will likely take off running once it sees you approaching. Consider sneaking up on Blissey when you see it, and be prepared with some Great or Ultra Balls to increase your chances of nabbing it during battle.

How to evolve Chansey into Blissey in Pokémon Scarlet and Violet

Alternatively, you can get yourself a Chansey and evolve it into Blissey, saving yourself the task of having to hunt one down in the wild. We have an entire guide on where to find Happiny and Chansey, so take a look at that first. Once you have a Chansey, you can start putting in the work to evolve it. Chansey evolves with a high friendship level, so do things like sending it into battle, taking it for walks via the Let’s Go mechanic, and washing it during picnics. Once you see hearts appearing over its head when you interact with it, you should be good to go. Level Chansey up once at that point, and it’ll evolve into Blissey.