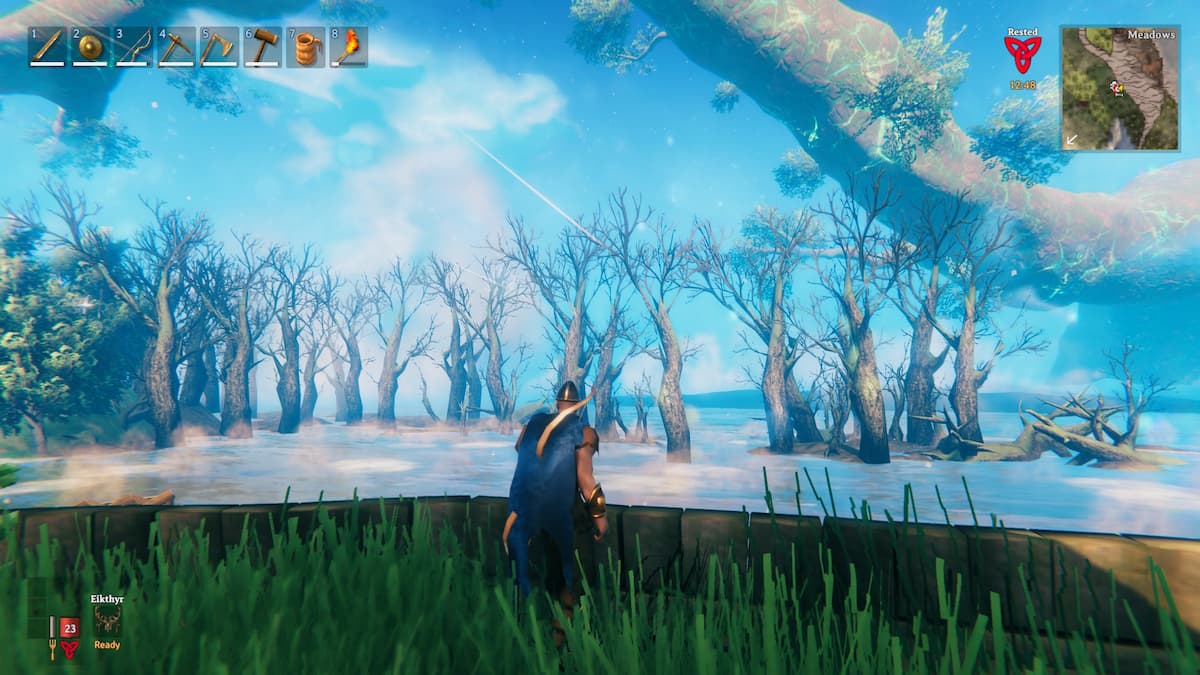 Chain is one of the smaller resources you’ll want to set your eyes on in Valheim. It’ll be critical though because it’s an ingredient to make some of the higher quality improvements to your forge, which you should always prioritize if you’re on the hunt for new, better equipment to survive the harsh wastes of this remote Viking fantasy. There are a few things that drop chain, but you need to be in a specific region.

Where to find chain

There two ways we’ve discovered you can reliably find a chain. The first is the Swamp Crypts, the dungeons in the Swamp biome. These are fairly dangerous and time sink explorations. Unlike the Black Forest dungeons, the Swamp Crypts require you to obtain a Swamp key from the second Forsaken boss, the Elder. After that, you’ll want to bring a pickaxe, probably a bronze one, to break down the large muddy scrap piles blocking your path in this area. You have to chip away at them to enter the rooms, and the chest in this dungeon has a chance to have them. They won’t always, but there’s a good chance.

The second method is to find Wraiths in the Swamp. A Wraith looks like a ghost, with a large cape. They’re typically floating through the air at night, and they’re aggressive. They’re like every other enemy you battle in the game, and they hit pretty hard, so we recommend having a few pieces of bronze armor on or using a buckler to parry their attacks. After you’ve taken them down, they typically drop a chain item on the ground.

When you have enough, you can bring the chain back to your base to make Forge Bellows, a forge upgrade. You’ll probably need a decent supply of them as a few iron-based weapons, armor, and tools require chain.