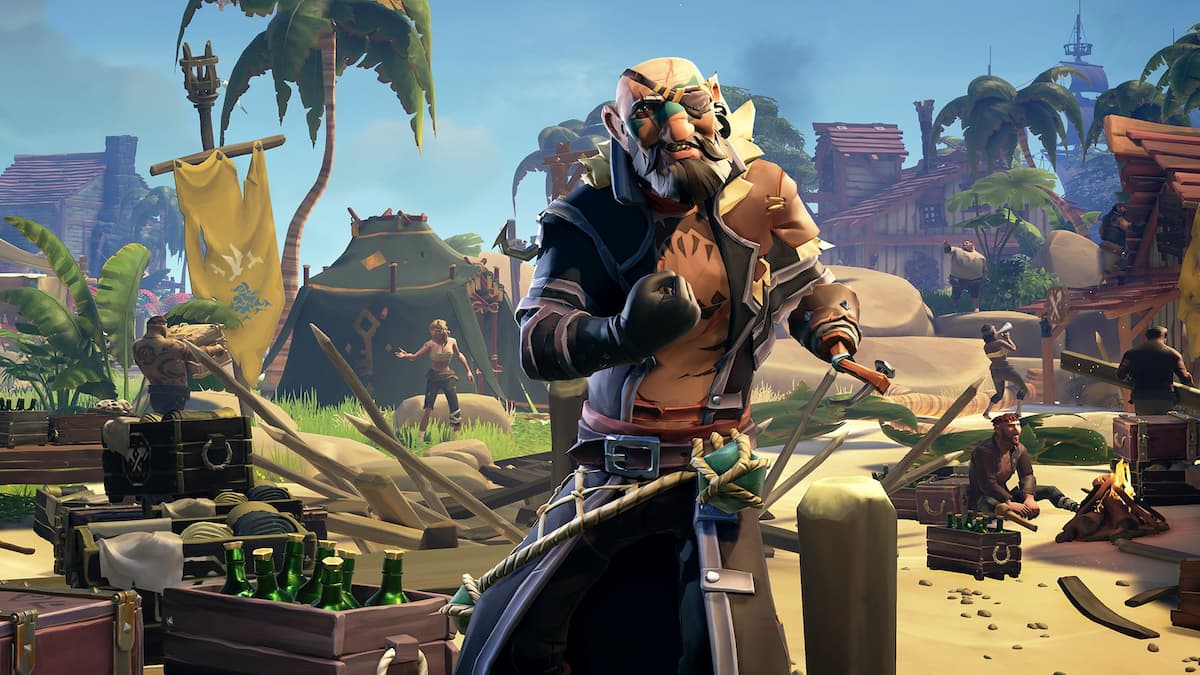 Lost Sands, the latest Sea of Thieves Adventure, sees you fighting over the fate of the Golden Sands Outpost. Should you decide to take the Hunter’s Path, you’ll find yourself working for long-time Sea of Thieves NPC Merrick. He doesn’t require much from you to complete his questline, but you’ll need to sail to a few different places and he can sometimes be a little tricky to find right off the bat.

Where is Merrick in Sea of Thieves Lost Sands?

As long as you’ve started the actual adventure in Lost Sands by speaking to Larinna at any Outpost and selecting the Hunter’s Path as your initial questline, it’s pretty easy to find Merrick. Simply head to Golden Sands, which can be found at D10 on your trusty map, and you’ll find him waiting for you outside the Gold Hoarder’s Tent. He’s ready and waiting to give you your tasks to help rebuild the bustling outpost of Golden Sands.

Once you speak to Merrick and confirm that you want to continue on the Hunter’s Path, you’ll need to go pick up a crate of rum bottles from Tina on Cannon Cove at G10 and a bolt of sailcloth from Sharon at Smuggler’s Bay at F3. Returning those items in any condition to Merrick will progress and complete the Hunter’s Path, but if you manage to make the delivery with your cargo in perfect condition you’ll accomplish a couple of the Deeds required to attain the Victor of Golden Sands title. So mind you don’t get that sailcloth wet.