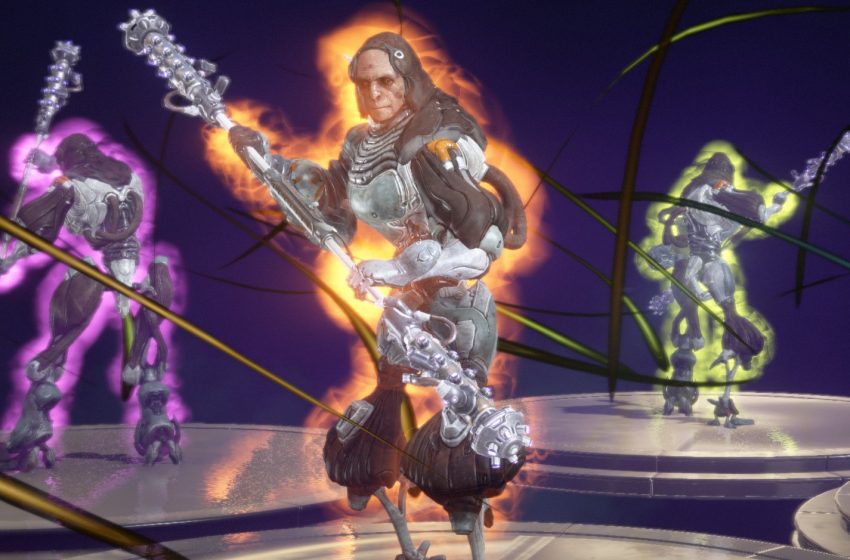 Prosecutors in Warframe are an Elite enemy variant of the Guardsman that can be found on the Grineer Shipyards tileset on Ceres. They look like ordinary Guardsmen, but have been augmented by Councilor Vay Hek, and are more dangerous than their allies. They will typically spawn into Shipyard levels after an alarm has been raised. You can find Grineer Shipyard missions on the following nodes on Ceres:

We have found Lex, the Capture mission to be a great place to try and farm Guardsmen and Prosecutors if you are hunting them for Cephalon Simaris. When the alarm goes off, kill as many Guardsmen as possible until the Prosecutors start to show up.

Four types of Prosecutors do different types of damage. Heat, Cold, Toxin, and Electric variants can spawn, and their corresponding element types can only damage them. As well as their damage resistance, they buff surrounding enemies with the same effect. All Prosecutors are also vulnerable to Slash damage, although not the same degree as the correct elemental damage.

Prosecutors have powerful melee abilities and can block your attacks and stun you. To ensure you are equipped to take them out, bring weapons that do plenty of Slash damage, rather than worrying too much about the random nature of which elemental variant will spawn. Just mod your weapons to have strong base damage and emphasize the Slash damage in the build, and you should have no problem taking out these enemies.

If you wish to run Excalibur or Inaros, you can use Radial Blind and Desiccation to open the Prosecutors to finisher attacks.