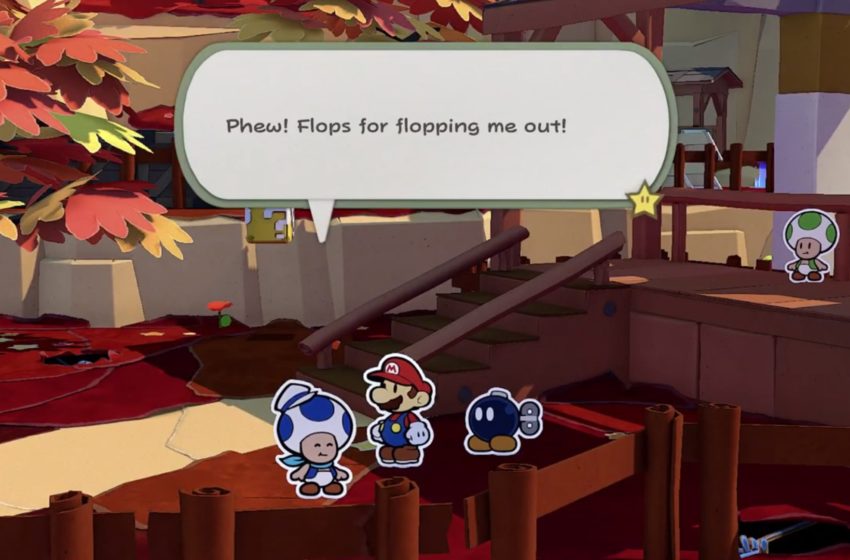 The Toads in Paper Mario: The Origami King are folded all over the game. Some are a bit more hidden than others, but it’s up to you as Mario to save them all. A handful of them are merchants and shop owners in Toad Town and other stores. If you want to use the ship in Toad Town, you need to find the Sea Captain who also been folded up. You will be able to save him almost immediately arriving at Autumn Mountain.

After defeating the Colored Pencils boss, you can remove the red streamer coming from Peach’s Castle that the Origami King has captured. You can return down to Overlook Mountain, where the tram had been wrapped around by the streamer with the captured Toad. Speak to him, and you will be able to ride the tram. Mario and Olivia will meet a Bob-omb that has lost their memory. It’s a quick cutscene that plays out during the tram ride, but you gain a new companion to bring you on the adventure.

Following the end of the tram ride, you will have arrived at Autumn Mountain, a fall-like mountain where the leaves appear to be a day away from falling to prepare for winter. You can find the Sea Captain Toad immediately in front of the tram. He will be the blue flopping fish in front of the tram’s ramp to the right. Hit it with your hammer to transform him back into his original form. When you return to town, you will now have access to the ship to take out to sea to explore what’s out there.