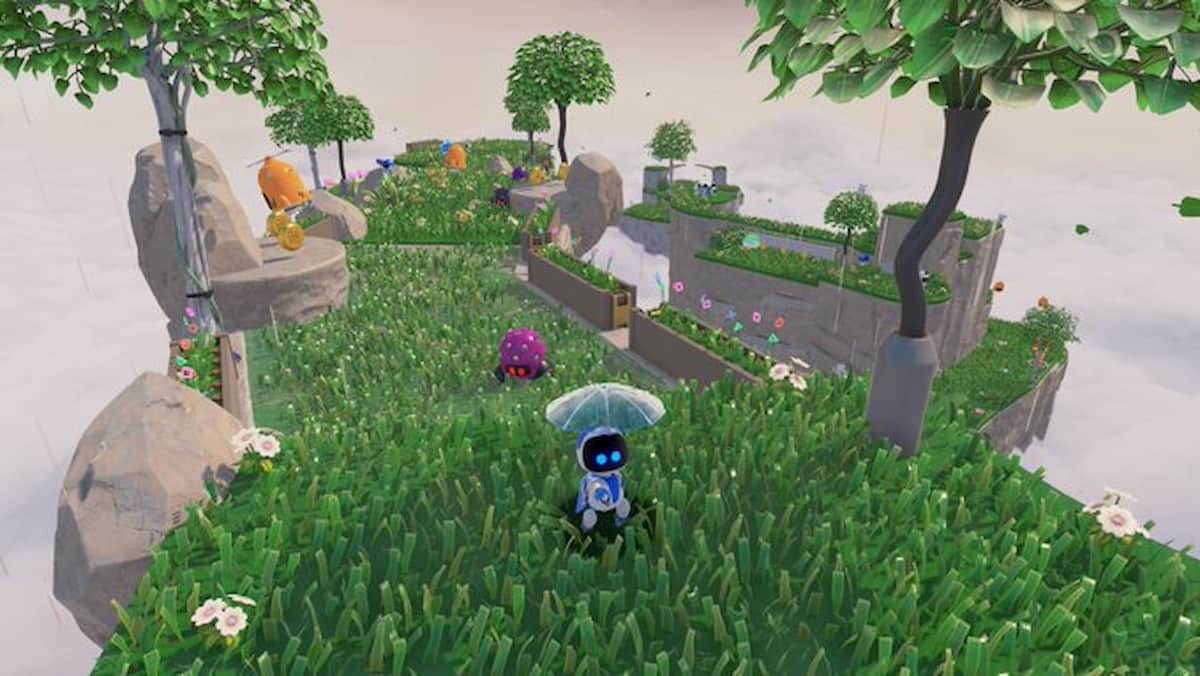 As you may recall, “Jason!” is an iconic line from the opening scene of PS3 exclusive Heavy Rain. It’s even gained enough attention, Astro’s Playroom has a reference to it which you’ll need to find to unlock the aptly-named bronze hidden trophy. Here’s where you’ll need to go.

Which stage does it rain in?

The trophy is actually one of the first you have the opportunity to get. With the objective being to find cover when it begins raining, start by making your way through Memory Meadow’s first stage, Gusty Gateway. You’ll want to progress until you’re at the large black towers that are in the shape of memory chips.

Where to find cover

When you’re in the correct area, Astro will pull out an umbrella hat. As it starts to pour, instead of going in between the towers, look to your right where there will be a bot sleeping in the grass with an origami crane on its stomach. Behind the bot, there will be a small black awning you can retreat under. Once the umbrella is put away, the Jason! trophy should be all yours.