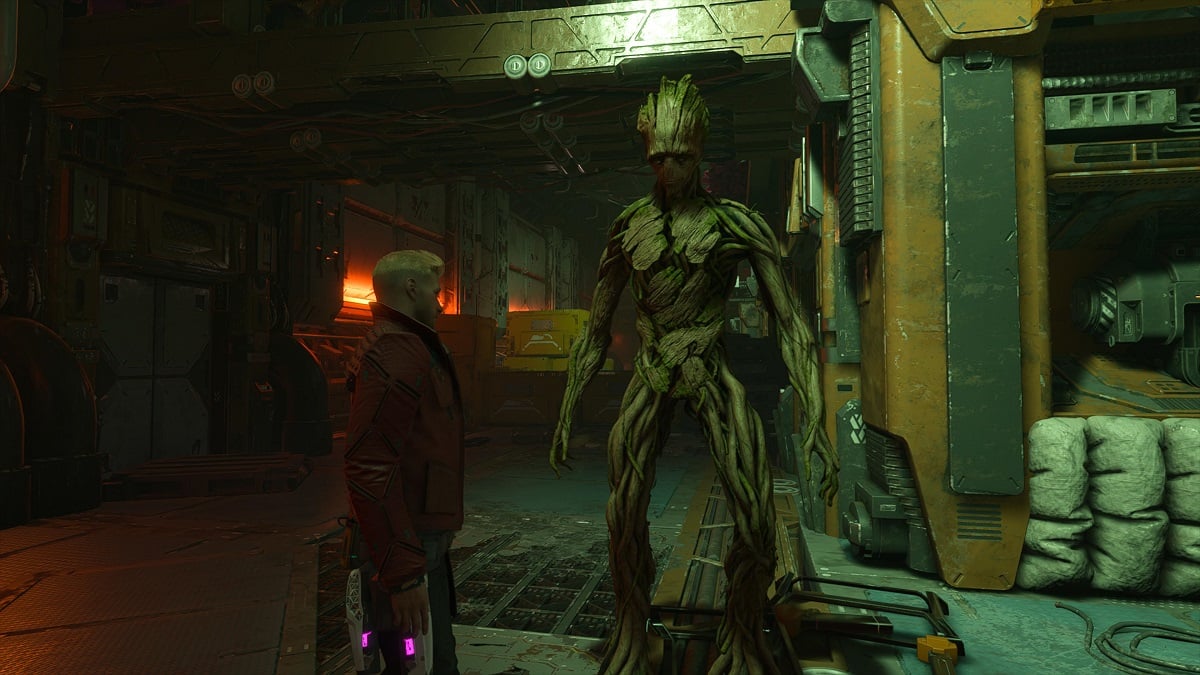 I Am Groot, those immortal words will stick many comic book fans out there, and that carried on with the debut of the first Guardians of the Galaxy movie. Thankfully, in the Eidos Montreal developed game, you can change Groot’s appearance to his Marvel Cinematic Universe look in the 2014 film.

You can find the Guardians of the Galaxy (2014) Groot outfit early on in the game within the Wrecked Mining Vessel level. After you come across the yellow infinity stone and finish the cutscene, turn right until you find a hole within the pink mess. Crawl inside by walking into the area, and you’ll find a room filled with yellow boxes. On the right side, you will find a purple box ready to be opened.

You’ll then be able to pick up the Groot costume from arguably the best movie in the franchise so far. To equip it, pause the game and toggle over to Groot on the right side. Then, press the triangle button (or Y on Xbox). You’ll see an excerpt on the right that the costume is inspired by the film. Rocket complains that he doesn’t want to “ride around on some naked guy.” He also ponders on the idea of someone making a movie about their adventures.