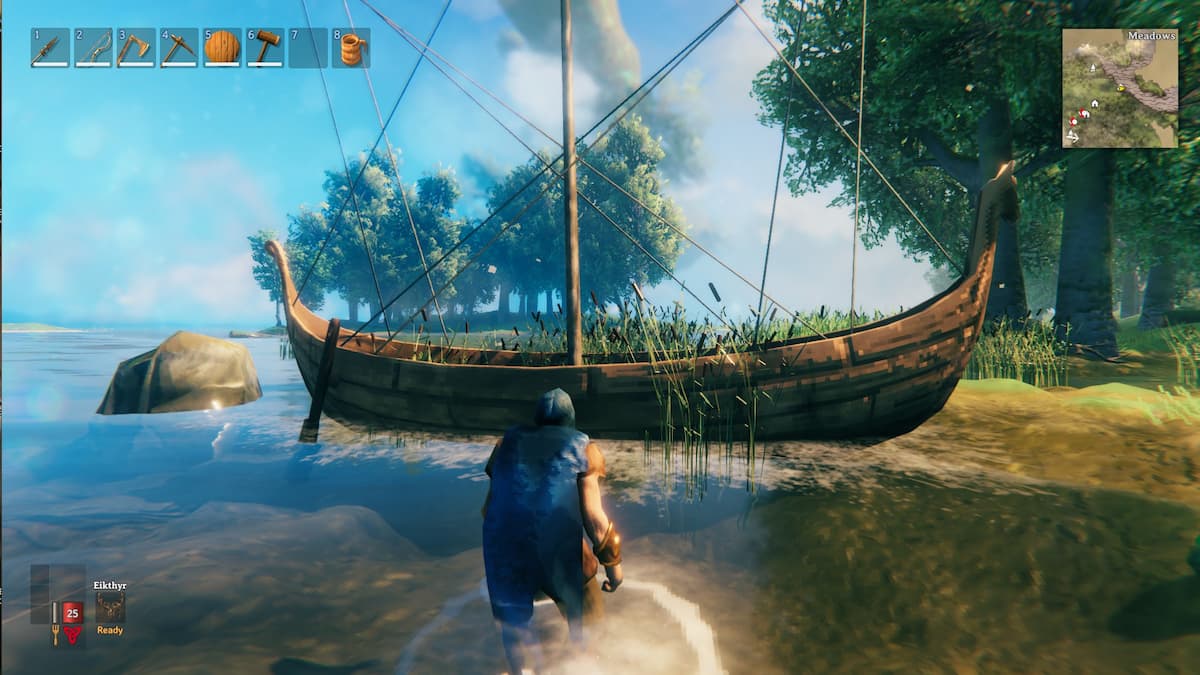 Valheim is full of little mysteries for you to discover. You can find them reading about the runestones that you find hidden throughout your world, or by exploring the various biomes. You may even encounter the mysterious trader, offering plenty of useful items you can use on your adventure if you have the coin. Another mystery and a useful bounty of resources that you may not have encountered yet is a sea creature known as a kraken, and you can find it randomly in your adventures on the ocean regions connecting all of the islands of your Valheim world. When we initially found it, we thought it was a large turtle.

You do not need a raft, a karve, or the longship to find it, but it certainly helps. The sea turtle is normally resting in a single place on the map, and there’s no indicator on your world or icon to represent its place. It has a back covered in rocks, trees, and abyssal barnacles that you can mine for chitin. The chitin is a resource you take back to your base and create several notable items, such as a harpoon and an abyssal razor. The harpoon is extremely useful if you want to take down the sea serpent and prevent it from getting away.

After you’ve mined the barnacles off of the kraken, it will eventually return to the sea. You’ll notice that it’s about to based on the ground shaking underneath you while you’re standing on it. When it stops, it’ll slowly lower back into the ocean, so you better make sure you have enough stamina to make it back to your ship, or at least, to land.