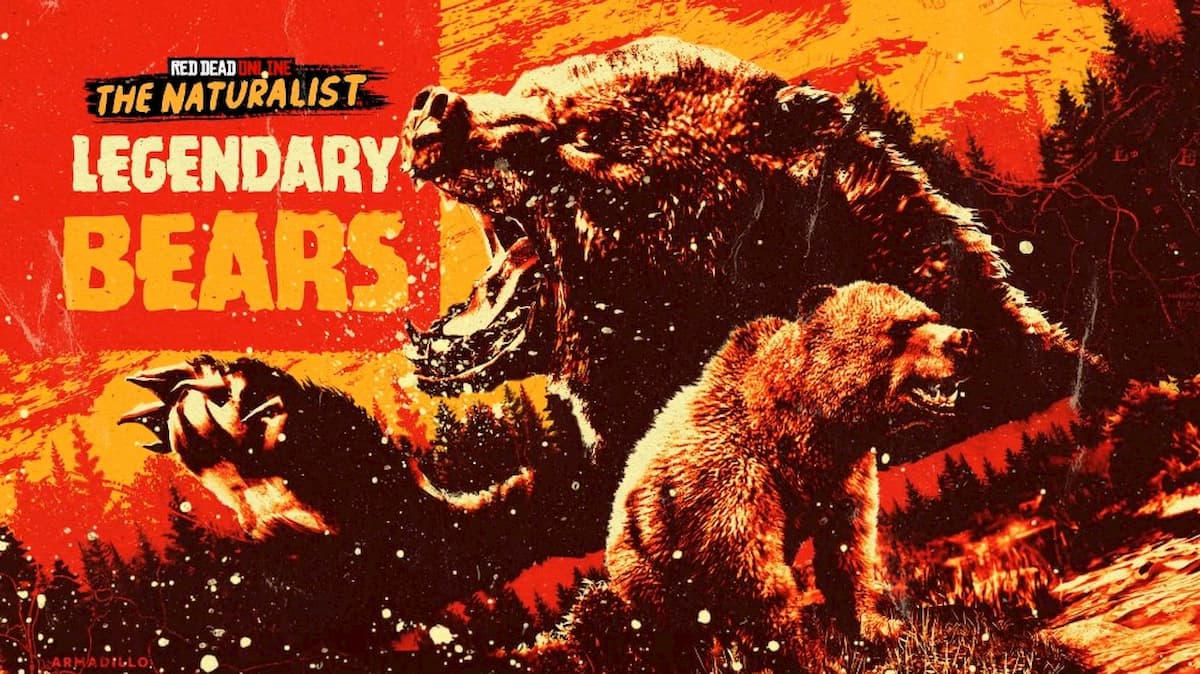 Rockstar’s drip-feed continues with two additional Legendary Animals added to the roster, the Legendary Ridgeback Spirit Bear and the Legendary Owiza Bear. Bears are already formidable in the world of Red Dead Online, but legendary bears are another level of intimidating.

The bears can be sedated and sampled, and their samples sold to Harriet for a small profit. The samples work towards a bigger profit. Like the Collector role, samples belong to collections, and once the collection is complete, it can be traded in for a larger sum of money.

For those that would rather have some new outfits, the bears can also be sold to Gus. The money earned from selling the bear pelt goes right back to Gus when you buy the coats. The choice doesn’t matter as the bears will eventually respawn and can be encountered again.

The Legendary Ridgeback Spirit Bear is part of the Red and Blond category. It is a pale bear with a red stripe down its back, and can be found along Little Creek River during the day and prefers bright, clear weather. It will most likely retreat at night, although as with all Legendary Animals, it can still be found outside of its ideal spawn times, it is just less likely.

The Legendary Owiza Bear is a dark, patterned animal that can be found along the Dakota River. It prefers to be out during the night and hunt during heavy rainfall. It, like the other Legendary Animals, may still appear outside this window for particularly lucky players.

How to find the Legendary Bears

There is no guarantee that the bears will spawn, even if all conditions are met. If you’re looking for the Legendary Ridgeback Spirit Bear, place your camp in Big Valley, keep replacing it, or join new sessions to save some money until it is placed in a location close to the spawn. If you’re looking for the Owiza Bear, place your camp in the Heartlands and keep replacing it or rejoining sessions until it’s close to the spawn locations.

Clear the area of other events: Moonshine Bootlegger missions; Stranger encounters; Hideouts. This will be easier on those near Little Creek River than for those along the Dakota River.

Both animals have set spawn points where they are most likely to appear. Mark those on your map and check the area during the ideal times, but do not be discouraged if they do not appear. We couldn’t get the Legendary Red Streak Coyote despite ideal conditions for weeks.