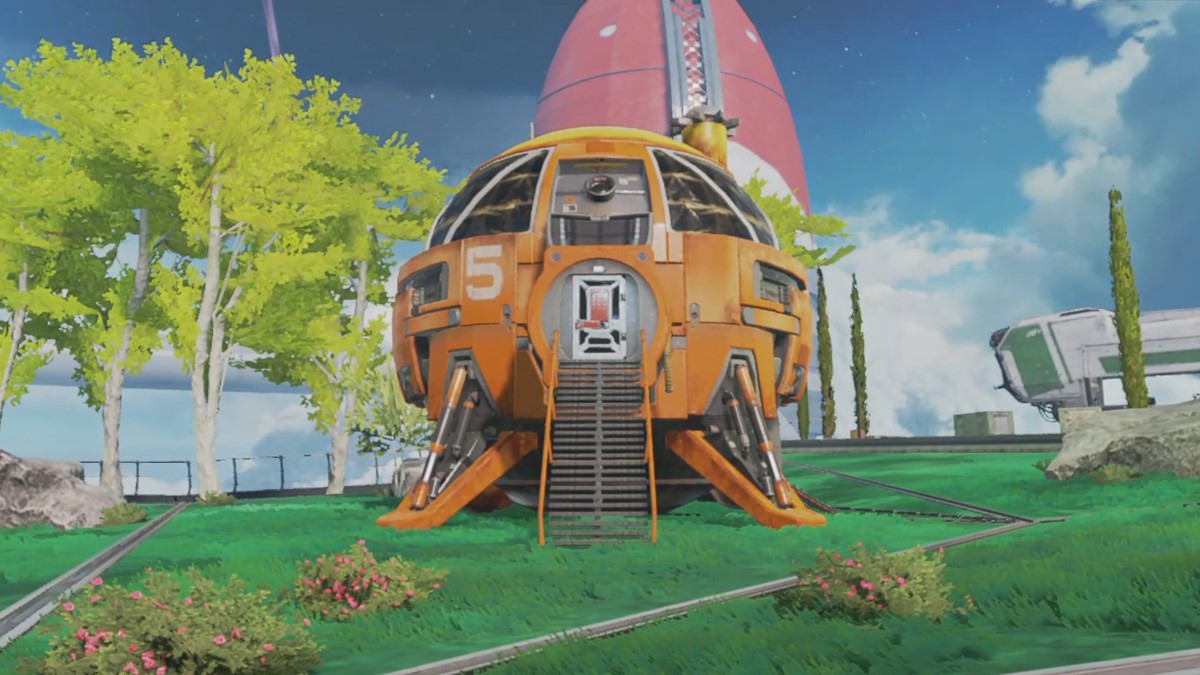 Apex Legends always like to keep players guessing, and surprise them when they least expect it. That couldn’t be truer than with the introduction of a new small unnamed Point of Interest (POI) that plays a major role in the current lore of Apex Legends. The POI is a small orange and gray pod with a couple piles of loot inside. It has both an upstairs and a downstairs, though the downstairs is very small.

The new pod POI does not have a visible name, but it is on the Olympus map. You can find it squeezed between two common tier locations: Power Station East and Welcome Center.

The major Point of Interest closest to the pod is the Golden Gardens. The pod is directly east of the northern most part of Gardens, circled in green on the map above.

Within the pod, there is a computer that you cannot interact with, but reading the phrase “Contacting origin ship”. It is heavily implied that this computer and the pod as a whole are connected to Bangalore’s missing brother, Jackson.

Overall, the new Point of Interest isn’t necessarily any sort of high-tier loot draw, or gameplay changer, but heading there may still be worth your while, especially if you are invested in the Apex Legends plot.