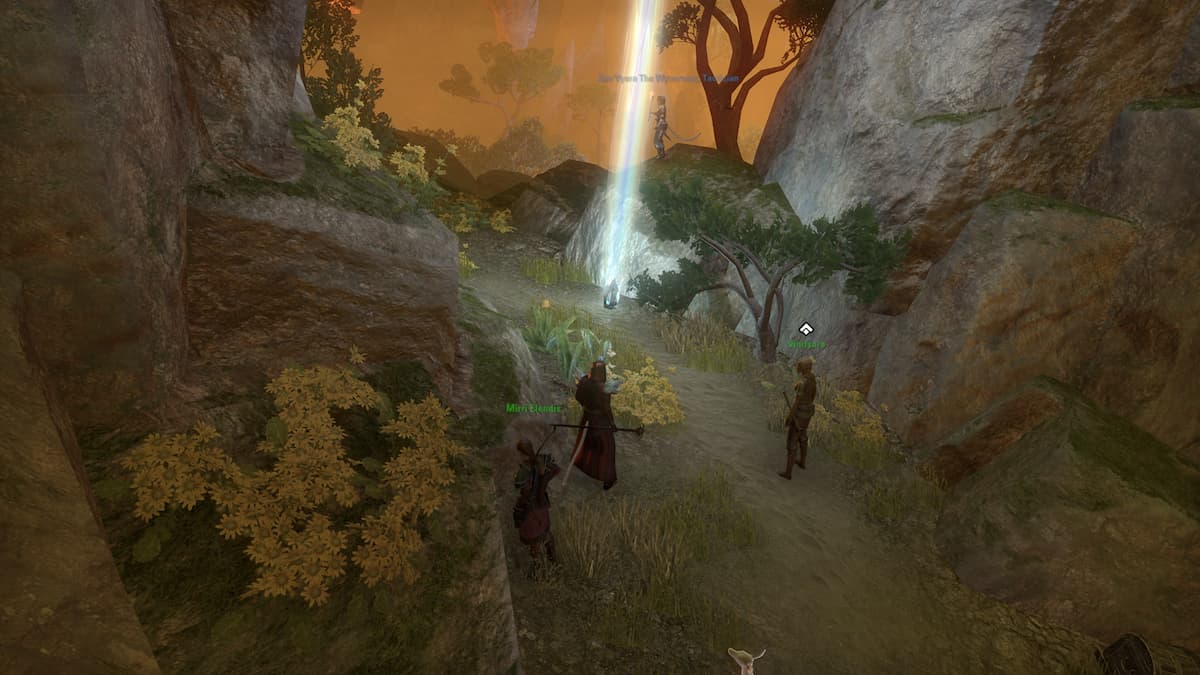 As with all Delves in Elder Scrolls Online, there is a Skyshard tucked away in them, and the new set of Delves in High Isle are no different. This time, you’ll be delving into an active volcano called The Firepot, an area flowing with magma, lava, and, somehow, a small lake of water. If you’re curious about where to find the Skyshard in The Firepot in High Isle, continue reading down below.

Skyshard location in The Firepot

First off, before entering The Firepot, grab the Scalding Scavengers quest right outside. When you enter, you’ll notice that the entire Delve is circular, with a huge lava pit in the middle. The hint for this Skyshard is “At one end of a natural bridge in the heart of the Firepot.” When you enter the Delve, head west and follow the wall around until you reach the location indicated on the map. You’ll have to follow the path across a stone bridge guarded by Iron Atronachs to reach the Skyshard.

While you’re here, you might as well knock out your “The Firepot Explorer” achievement and kill the boss down in the center, Esh’curnu the Behemoth. It has a large amount of fiery AoE attacks, so make sure you’re dodging away from the fire. If you want to find the rest of the Skyshards in High Isle, why not check out our Skyshard Hunter guide? Or maybe you’re interested in finding the Skyshard over at Breakwater Cave — if so, we’ve got a guide for you.