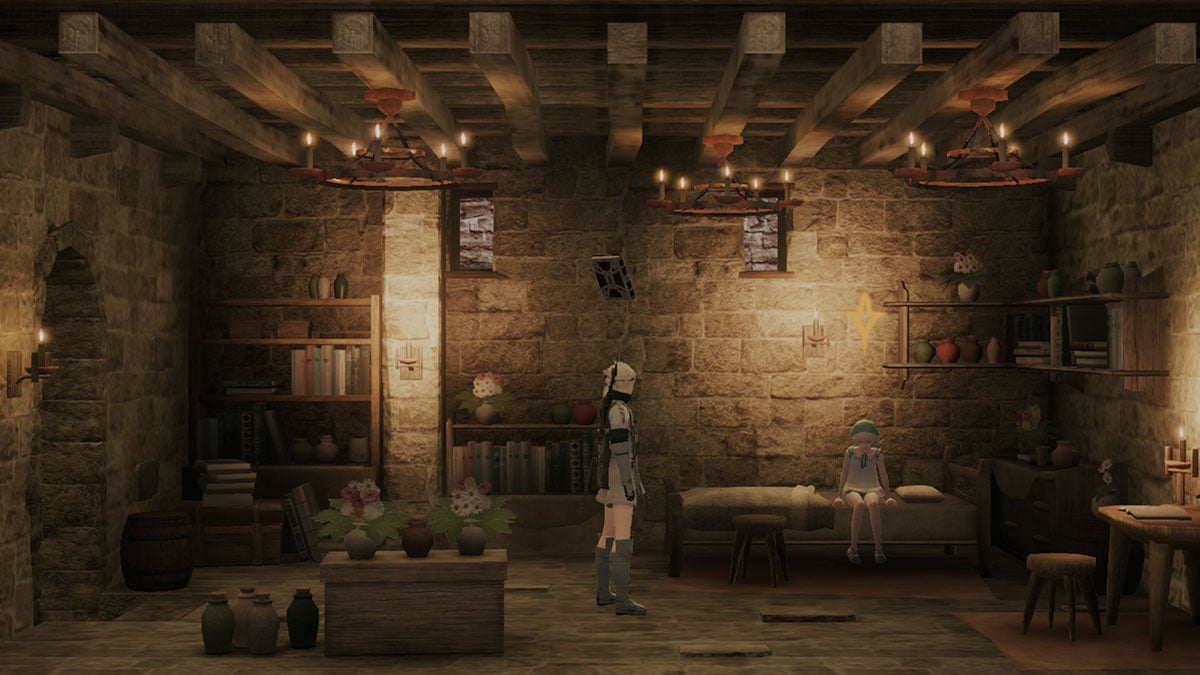 One of the side quests in Nier Replicant is called Yonah’s Cooking, and involves trying to get the ingredients that Yonah needs to make a new meal. You will need to track down venison and wheat, and both of them come from very different sources.

The wheat can be gotten in the Grocery Store for 500 Gold. You can also by wheat seedlings for 50 Gold from the florist and grow them, but this will take longer.

Venison can be found on the Southern Plains. In the very first area will be a random selection of enemies. Sometime it will be deer that players can farm for venison, and sometimes it will be Shades.

We would suggest just reloading the area to get deer, killing some and carved the bodies to get some venison. Once you have both ingredients, you can can return to Yonah and give them to her to cook with.

While Yonah is cooking the meal, you will be prompted to give her one of two reminders. It doesn’t matter which one you choose, it simply leads to some mildly different dialogue between the two characters.

This is a Part 1 quest, which means any players who wants to finish it will need to do so in Part 1, as they quest will be unable to be completed in Part 2.