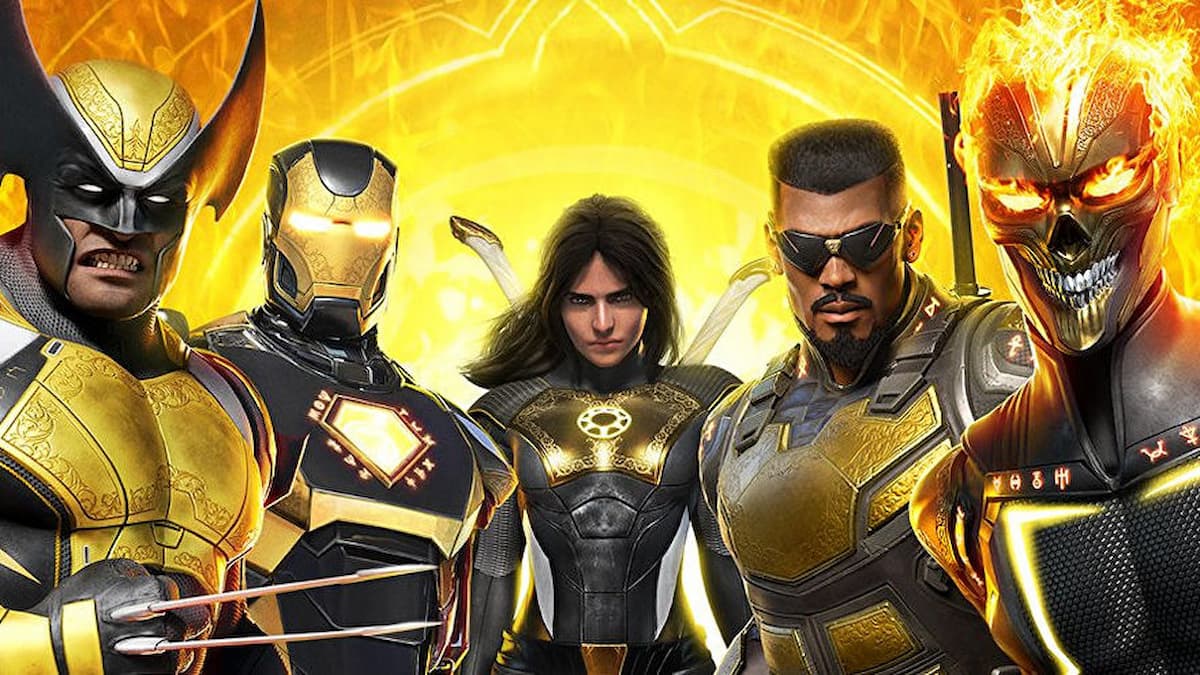 Marvel’s Midnight Suns is the latest video game take on the ever-expanding Marvel superhero universe. The game takes a lot of your favorite heroes and puts them on a tactical battlefield that will require you to think carefully about all of your decisions. If you watched the announcement trailer and are trying to figure out who all is here, here is a list of the characters in Marvel’s Midnight Suns.

In the comics, there is a group of supernatural heroes who band together to fight dark magic called the Midnight Sons. These include Doctor Strange, a couple Ghost Riders, Morbius, and more. It appears the Midnight Suns in this game are mostly inspired by those within that group but are meant to be up-and-coming heroes in this story.

Blade is partly a vampire because of his mother being killed by a vampire while pregnant with him. Because of this, he cannot be fully turned and is now a vampire hunter skilled in martial arts, swordplay, and weapons. Most people will recognize him from Wesley Snipes’ portrayal of the character in the Blade trilogy from 1998-2004. Blade is set to make a return in the Marvel Cinematic Universe, at some point, played by Mahershala Ali.

The Ghost Rider we see in the announcement trailer for Midnight Suns is Robbie Reyes. Gang members killed him before Johnny Blaze resurrected him and embued him with the ability to become a Ghost Rider. This version of the hero appeared in the Agents of SHIELD television series, not the Nicolas Cage Ghost Rider movies.

Illyana Rasputina, or Magik, is a character commonly associated with the X-Men. She is a mutant and the younger sister of Colossus and is a capable sorceress able to create portals at will. She was one of the main characters featured in 2020’s The New Mutants.

Like the rest of the Runaways, Nico Minoru is a child of a supervillain group called The Pride. She can channel her magic through the Staff of One, which is produced from her bleeding. She talks into the staff, and it can pull off any spell she wants one time. Upon using a spell for a second time, there are unexpected consequences. She aids Doctor Strange in the resurrection seen in the announcement trailer for this game. She was featured in the Runaways series that debuted on Hulu but is also on Disney+.

These are Marvel’s most popular superheroes, so you should have a pretty decent idea of who these characters are. In Midnight Suns, they seek out help from the Midnight Suns group to fight the mother of demons.

The perfect American soldier who is a man out of his time, Steve Rogers is the only example of the super-soldier serum working without adverse repercussions. Chris Evans’s portrayal of Captain America in the Marvel Cinematic Universe heavily led to a rebirth of popularity for the character.

While there have been multiple Captain Marvels in the comics, this version is Carol Danvers, the one we see in the Marvel Cinematic Universe. In both the comics and the MCU, she was too close to an experimental device that ends up giving her various superpowers. The difference is, in the comics, it was a Kree device. In the MCU, it was the Tesseract (the cube holding the Space Infinity Stone). She is one of the most powerful Avengers.

Doctor Strange is the Sorceror Supreme, the most powerful magic user within a universe. While he was directly linked with the Midnight Sons in the comics, it appears he is more of an ally in Midnight Suns rather than a founding member. You will know him from Benedict Cumberbatch’s portrayal of the character in the MCU, and he has appeared in the Marvel Ultimate Alliance video games.

Tony Stark is a genius, billionaire, playboy, and philanthropist who builds a weaponized armor suit when kidnapped and suffers a severe chest injury. You all know Robert Downey Jr.’s portrayal of the character in the MCU.

The most popular and recognizable X-Men, even before Hugh Jackman portrayed the character on the big screen. Wolverine has a potent healing factor that keeps him alive through the most intense battles. His bones have been embued with adamantium, the strongest metal in the universe.

Who was resurrected, and who was that demon?

The Hunter is the superhero resurrected in the game’s announcement trailer by Doctor Strange, Nico, and Ghost Rider. She is an entirely original character created by the developers at Firaxis alongside input from Marvel. She will be who you play as and will be leading the Marvel heroes against her mother, Lillith, the mother of demons.

Lillith is the “Mother of Demons” and was the main antagonist of the Midnight Sons in the comics when they were formed. Because of that history, it looks like Firaxis brought her back for this story. In Midnight Suns, Hydra has resurrected her, and it looks like we will be fighting her army of demons throughout this game.