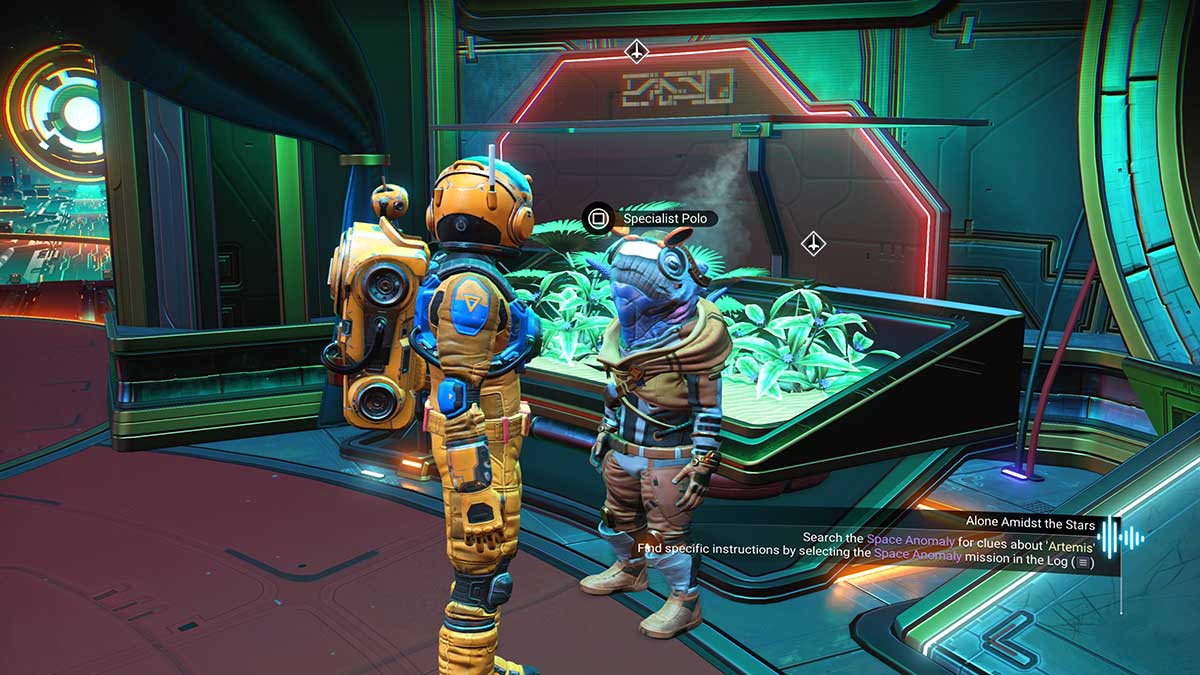 No Man’s Sky has a couple of major questlines for you to follow, but you’re also able to play the game for hundreds of hours without touching that story once. Even so, you may find yourself one day asking who Nada and Polo are. We’ll cover exactly that, as well as why you might want to meet these individuals, in this article.

Who are Nada and Polo?

Nada and Polo are two of the most important NPCs in No Man’s Sky. They are, for lack of a better term, the leaders of the Anomaly. This is a specialized type of space station that can be summoned in any system at will. The Anomaly exists between space and time. So, unlike Travellers, it isn’t reset each time you get to the center of the galaxy. Even if you don’t recognize them, the pair will recognize you and help you on your journey in many ways.

Both Nada and Polo will send you on quests around the galaxy if you pursue certain questlines, for example, the Artemis questline. Following these quests will help you explore the systems around you, earn some decent rewards, and advance your understanding of No Man’s Sky’s lore.

The Anomaly isn’t only occupied by Nada and Polo, though. There’s a host of vendors and helpful NPCs to meet, including The Nexus. This is a terminal that offers missions that award Quicksilver and Nanites.

Why are Nada and Polo important?

As we’ve mentioned, there are certain quests in No Man’s Sky that you can only advance by meeting Nada and Polo. This is also true of milestones in past Expeditions. For example, in Expedition #2 Beachhead, players had to use the Myth Beacon to complete encrypted tasks for Nada to complete the final phase of the Expedition. Once players had worked together to do this, they unlocked the Normandy SR1 Freighter.

How to find Nada and Polo

Locating this pair is incredibly easy. Once you’ve met them, you can summon the Anomaly anywhere in the galaxy using the same in-game menu used to open Photo Mode. Alternatively, if you started a save file with one of No Man’s Sky’s Expeditions and have continued playing on that save file, you’ll already be able to summon the Anomaly at will.