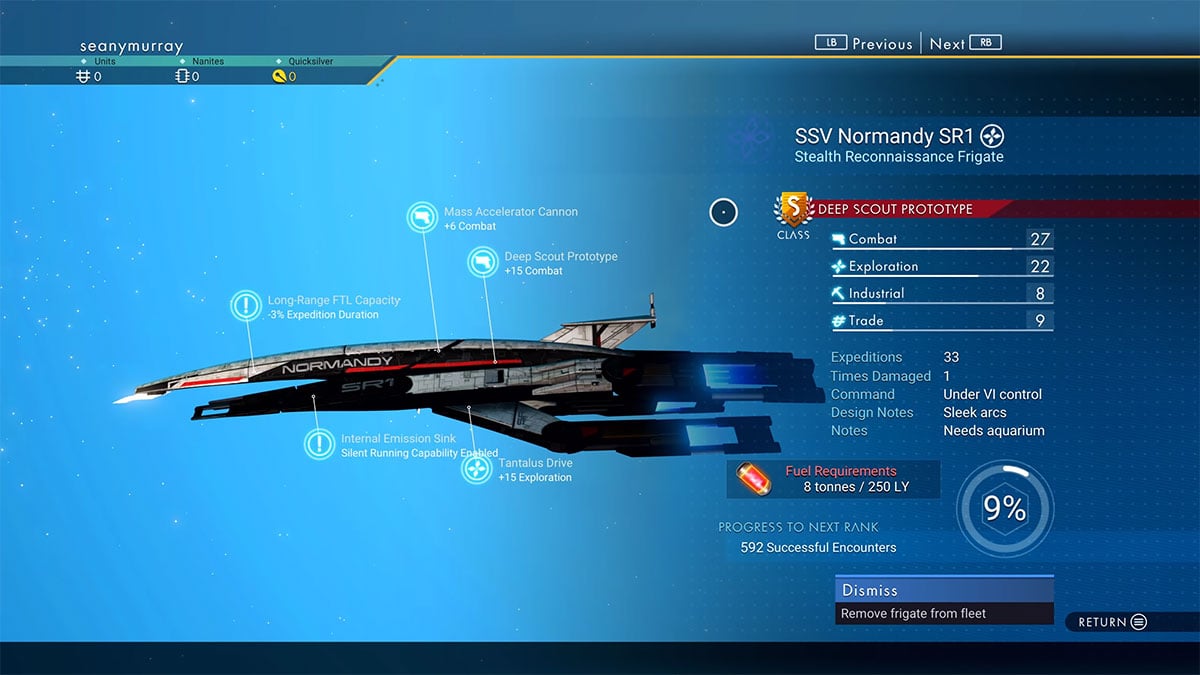 The Normandy SR1 of the Mass Effect series is now available in No Man’s Sky as a Frigate. You can add this Frigate to your roster permanently, but you have a limited window of opportunity to do so. In this guide, we’ll explain exactly how to pick up this Mass Effect easter egg so you can go on to use it throughout your time with No Man’s Sky.

All you have to do to unlock the Normandy SR1 Mass Effect Frigate in No Man’s Sky is complete the second Expedition, Beachhead. Expeditions are multiplayer events in No Man’s Sky that you can access from the multiplayer menu. It will start a new save file, and you’ll be dumped onto a planet with other players and tasked with completing a series of phases. There are five phases to complete, each with its own tasks and challenges. Together with other players in your Expedition, you’ll explore an uncharted part of the No Man’s Sky universe and unlock some exclusive rewards.

However, you only have until May 31 to complete Expedition Beachhead. After that, you won’t be able to enter the Expedition or unlock the Normandy SR1 Frigate. The phases for this Expedition are as follows.

Phase One is simple, tasking players with dong much of what they do at the start of any No Man’s Sky playthrough.

In Phase Two, things ramp up a bit. You’re required to complete some optional activities from the main game.

In Phase Three, you’re tasked with exploring even further afield, finding new worlds that you might not even have seen in the main game.

In the fourth phase things start to come to a head. It’s all about talking to the local aliens.

The final phase of this Expedition requires the community to unlock a key to decrypt it. You’ll need to work with other players on your findings in Phase Four to do this.