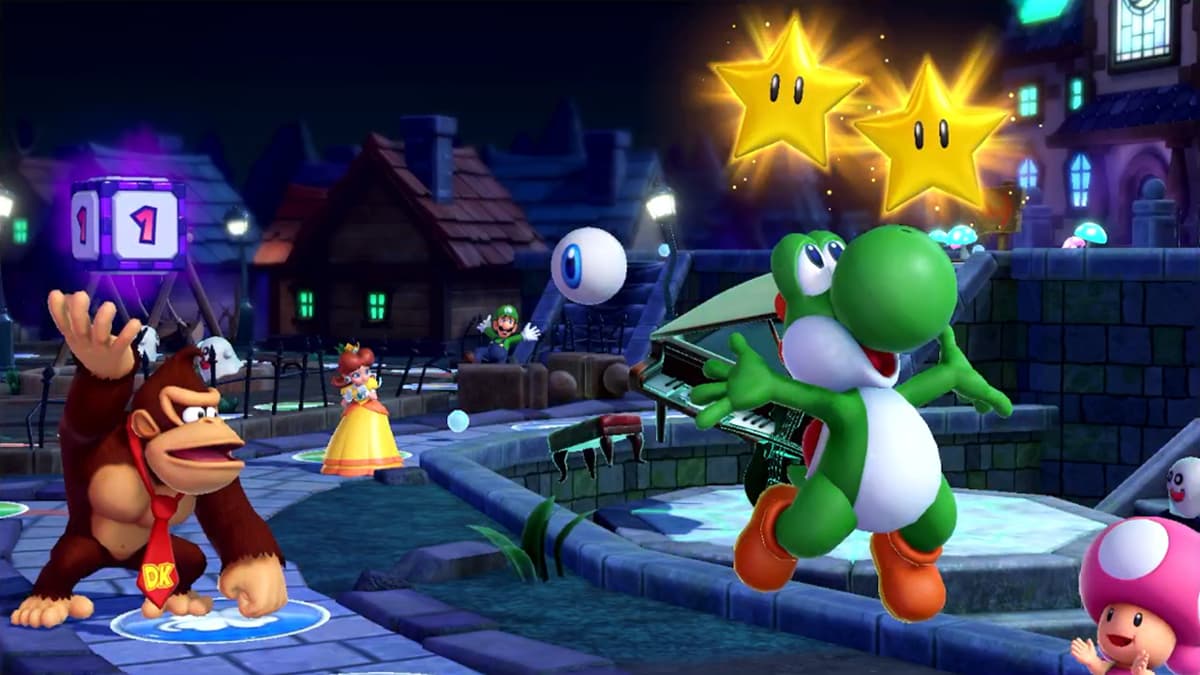 Mario Party has a big focus on its boards and minigames, and many want to play as their favorite Mushroom Kingdom character as they grab coins and stars. Who you play as doesn’t necessarily give you a competitive advantage over others, but you are out of your mind if you think you are going to get to play Yoshi over us. Below are all of the Mario Party Superstars playable characters.

There are ten total playable characters in Mario Party Superstars, all unlocked from the first time you start the game. Unlike Super Mario Party, there are no secret characters to unlock by playing the game, so enjoy the party with whoever your favorite is.

With Mario Party Superstars being a celebration of the beginning days of the series, most of these characters are playable in the Nintendo 64 games. The lone exception is Rosalina, who has become a fan favorite since her debut in Super Mario Galaxy on the Nintendo Wii. With all this in mind, quite a few characters from Super Mario Party are no longer playable, most notably Bowser, who is back to being a significant part of every board. Other characters like Toad, Koopa Troopa, Bowser Jr., Kamek, and more make appearances but are not playable.