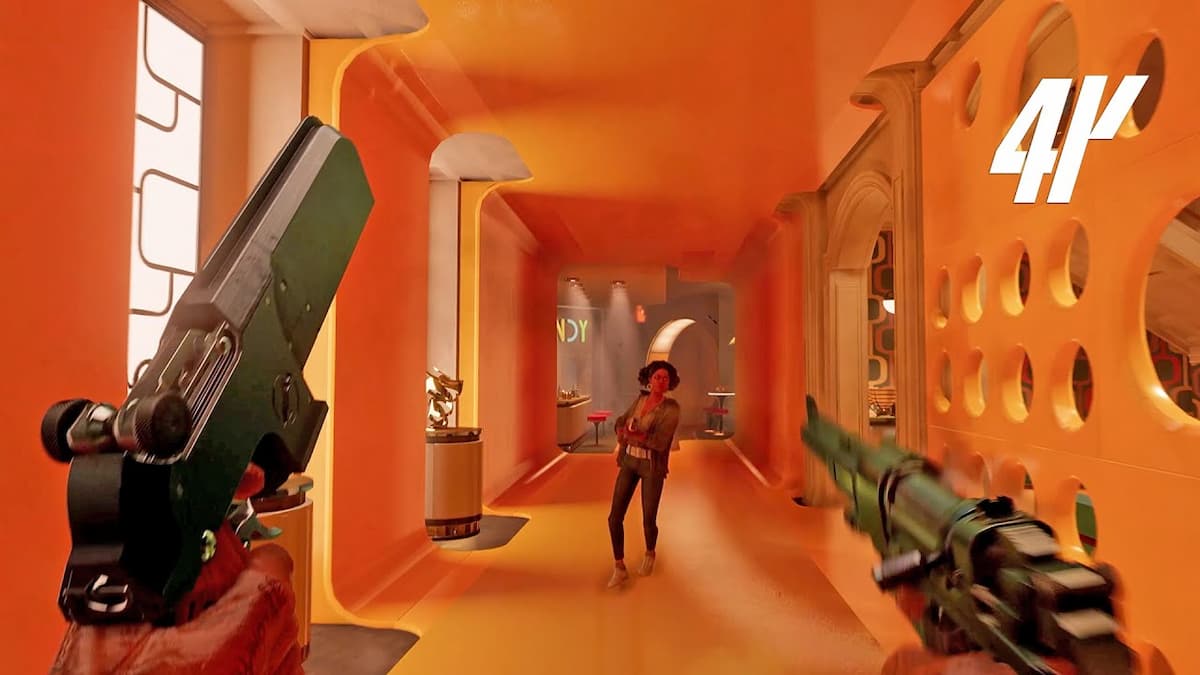 Deathloop’s wibbly-wobbly, timey-wimey shenanigans will have you facing off against eight key targets. No matter how you dispatch each member of the Visionaries, you’ll be seeing and hearing them quite a bit as you die and repeat each attempt. But who are the Visionaries? Not just their characters and goals but the voice actors and actresses behind them.

If you choose to play Julianna you’re tasked with stopping Colt from reaching the end of the loop. She’s the main antagonist of Deathloop and diligently searches after Colt no matter where he goes on Blackreef island.

Ozioma Akagha’s voice may be familiar to fans of Half-Life: Alyx as she played the titular role of Alyx Vance. She’s also Willow in Grounded, Plastic in Mirror’s Edge: Catalyst, and Barbara Casey, Zena Woodard, and Angela Cummings in Wolfenstein II: The New Colossus.

Dr. Wenjie Evans is the reason why the timeloop exists. She’s clever, insanely smart, and always one step ahead of everyone else.

The doctor is played by Erika Ishii who is a well-known name amongst the tabletop roleplaying community. However, her video game resume is also quite impressive. You’ll hear her as Domina Venomblade in World of Warcraft: Shadowlands, Ruth in Cyberpunk 2077, and Maddy Cho in Marvel’s Avengers.

Aleksis is considered the party animal of the Visionaries. He throws wild soirees and has a strong affinity towards wolves and loves a good dance mix.

Michael Croner’s career is mainly in television and film with his start being on the popular show Heroes as Robert Bishop.

Fia Zborowaska is an artist with a bit of a short temper. She prefers the use of fiery explosives to halt Colt in his tracks.

Cherami Leigh’s voice acting career began in 1986 where she portrayed Pansy in Dragon Ball: Curse of the Blood Rubies. She has gone on to voice V in Cyberpunk 2077, Niya in World of Warcraft: Shadowlands, Gaige in Borderlands 3, Makoto Niijima in Persona 5 Strikers and Persona 5 Royal, and is Kris and Mina in Pokémon Masters.

Ramblin’ Frank Spicer is a former mobster who found a passion for rock music, radio, and gambling. He runs his own radio show and is head of security on Blackreef Isle.

Deathloop is Andrew Lewis Caldwell’s first video game credit but one of his more well-known roles may be Teen Roku in Avatar: The Last Airbender.

Ego is the founder of the AEON Program and therefore the reason the timeloop exists. He is a scientist who will stop at nothing to discover new possibilities and breakthroughs in the name of science.

Josh Zuckerman’s career is mainly in television and film. He played Young Evil in Austin Powers in Goldmember, Marty in The Big Bang Theory, and Max Miller in 90210. Deathloop is his first video game.

Harriet Morse is the leader of a group of fanatics who is strong-willed and determined to uncover the secrets of the island of Blackreef.

Charlie Montague is considered a creative prodigy who focused his knowledge on performing experimental surgeries on himself.

Khoi Dao’s list of gaming credits is quite extensive. He acted in NieR Replicant, played Albedo in Genshin Impact, Paulo in Pokémon Masters, and was Wolt and Nils in Fire Emblem Heroes.

Colt Vahn is the protagonist of Deathloop. He is stuck in the endless nightmare of the timeloop and must assassinate all eight targets to escape.

Yes, Colt technically has two voice actors but Jason E. Kelley voices him in the main game. Dave Fennoy provided the voice for Colt in early trailers. Kelley is also the voice for the Doom Slayer in Doom Eternal and Lance in Vainglory.