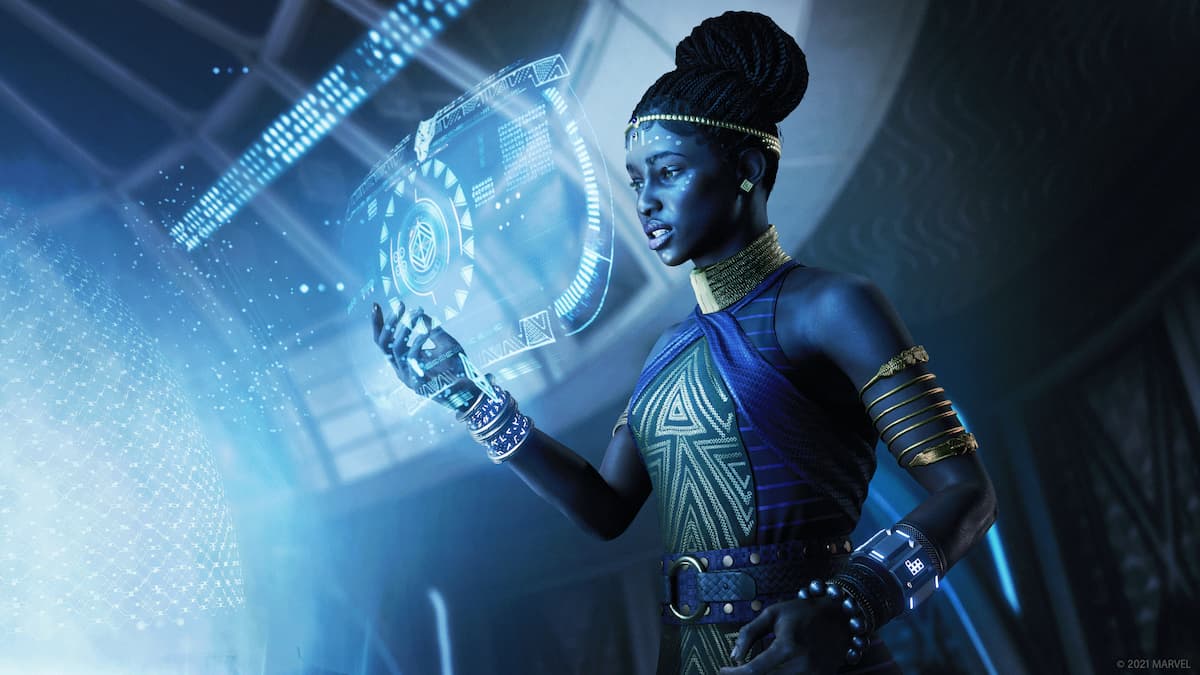 Not to be outdone by the Oscar-winning Marvel Studios’ Black Panther film, the War for Wakanda expansion in Marvel’s Avengers has its own talented cast behind these iconic characters. Most of the voices you’ll hear in Wakanda will be familiar, and they were guided by dialect coach Beth McGuire, who also had the same role in the MCU film. Read on to see where you’ve heard these voices before.

Headlining War for Wakanda is Christopher Judge, who the gaming community will recognize as Kratos in the 2018 God of War game. Before his turn in the Sony game, Judge was most famous for his role as Teal’c in the sci-fi television series Stargate SG-1. Judge portrays a more experienced Black Panther compared to the late Chadwick Boseman’s MCU iteration of the character.

The pivotal role of Princess Shuri, the younger sister of T’Challa, is played by Erica Luttrell, mostly known for her roles in children’s television shows Shining Time Station and The Magic School Bus. More recently, Luttrell can be heard as the voice of Bangalore in Apex Legends, and her other recent game credits include Call of Duty: Black Ops Cold War, The Last of Us Part II, and Final Fantasy VII Remake.

Okoye, leader of the powerful Dora Milaje, is voiced by Debra Wilson, who was famously the longest-serving cast member in the sketch comedy show Mad TV. In her career as a voice actress, Wilson has appeared in various movies and television shows, but in games, she is most recognizable as Grace Walker in Wolfenstein II: The New Colossus and Cere Junda in Star Wars Jedi: Fallen Order, also performing motion capture and providing her likeness in both.

The sagely Zawavari found a voice actor in Dave Fennoy, who has had a long storied career in voice acting. In the realm of video games, Fennoy’s most iconic role is Lee Everett in Telltale’s The Walking Dead. Recent credits include Gears 5 as Hivebuster Jeremiah Keegan, Marvel’s Spider-Man: Miles Morales, various characters in Fallout 76, and Satan in Afterparty.

The nefarious Ulysses Klaue is given new life by veteran voice actor Steve Blum, who has a countless number of credits across film, television, and video games. In the gaming world, Blum is currently the voice of Sub-Zero in the Mortal Kombat series. You can also hear him as Tank Demsey in Call of Duty Zombies. But honestly, just think of a recent triple-A video game, and Steve Blum has probably done work for it.