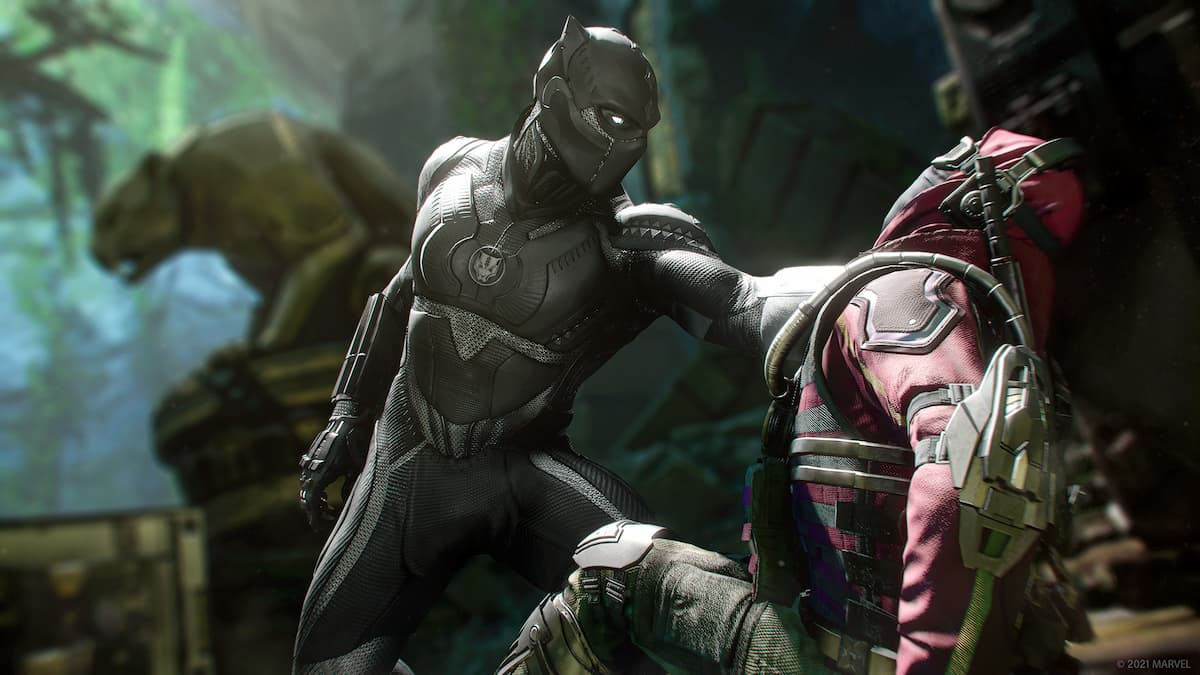 Nearly a full year after the release of Marvel’s Avengers, the War for Wakanda expansion, launching August 17, promises to practically double the amount of story content in Crystal Dynamics and Square Enix’s live service game. It was a daunting task for the developers, seeing how extensive the comic book source material for Black Panther is — not to mention the Oscar-winning billion-dollar movie that’s stuck in the public’s collective mind. But Crystal Dynamics aimed to craft their own versions of King T’Challa and the afrofuturistic Wakanda that fit right into the Marvel world that the studio built.

Square Enix and Crystal Dynamics provided us with about an hour of footage showcasing the first two campaign missions of War for Wakanda. We also had the opportunity to speak to writer Hannah MacLeod and senior designer Scott Walters from Crystal Dynamics to learn more about their process and inspirations.

By the time we meet T’Challa in War for Wakanda, he has already long been the Black Panther and the King of Wakanda, and he has had previous dealings with the Avengers. After the events of “A-Day,” as depicted in the opening of the base game, T’Challa closed Wakanda off from the rest of the world. Fast forward to the present day, and Wakanda is under siege from A.I.M., while Black Panther nemesis Ulysses Klaue and Marvel mainstay villain Crossbones corrupt the precious Vibranium that runs the country and send mercs and overcharged “Bruisers,” a new enemy type, amok in the jungle.

The first mission in the expansion is solo, with the player controlling T’Challa as the Black Panther. We get a good sense of the lush, expansive nature of the Wakandan jungle that serves as the game’s new biome. “We definitely have a lot more nooks and crannies in the Wakanda environment to explore,” Walters said, explaining how Wakanda was different from previous environments. Further cementing the distinction were familiar elements like strongboxes, supply bins, and enemy turrets, all remodeled to look unique for Wakanda. And while existing playable heroes can fly around, grapple, and double jump through the jungle and city, the wall-running Black Panther also has the unique traversal ability to cling onto walls, even being able to attack from them.

Meanwhile, the area of Birnin Zana, which serves as a new outpost, is particularly visually arresting. There’s an intense amount of detail in the art and architecture, which, to the developers, emphasized the Wakandan balance of nature and technology. But outside of visuals, the lore element of Wakanda being a nation unconquered for 10,000 years factored into gameplay. “You’ll see a lot more puzzle mechanics in Wakanda than you’ve seen in previous releases from Avengers,” MacLeod said. “And so we thought [Wakanda] would have lots of methods for keeping intruders out and for protecting their nation, and puzzles just seemed like the most logical extension of that.”

One puzzle in the first campaign mission has T’Challa stand on pressure pads, and paintings light up on the wall to tell the player about the history of the Black Panther mantle. These pads also have symbols that correlate with switches that the player had to throw Vibranium daggers at to open a large door, all intertwining storytelling with a degree of puzzle-solving. “Tying more story into puzzle mechanics and other types of new mechanics helps us to not force the story on players who don’t want to engage with it, but gently lead them along the story of Wakanda,” said MacLeod.

Regarding how T’Challa fit into this existing world, which mainly centers around late-career Avengers such as Tony Stark and Steve Rogers, MacLeod was excited and eager to share the game’s interpretation of Black Panther. While the MCU T’Challa is new at being king, the comics T’Challa is much more experienced, and Crystal Dynamics wanted to explore a T’Challa who is “set in his ways.”

“It was really interesting in doing the research for the character, finding that the T’Challa of the comics has a bit of arrogance to him that we don’t really see in the MCU — and he’s kind of earned the right to be arrogant,” said MacLeod. “He’s incredibly intelligent. He’s a scientist in his own right. He’s prepared for everything. He even prepares for potentially fighting his friends in the event they ever become enemies.”

In exploring the dynamic between the Avengers and Black Panther, Crystal Dynamics looked at Kamala Khan, the definitive protagonist of the base game, as a point of reference. “We have this family tree that we put together,” said MacLeod. “So whenever we introduce a new character, we figure out who they are in relation to Kamala first. And so we have Bruce as kind of the mom figure, Cap is kind of the dad figure, and for T’Challa, we really thought of him as like, her best friend’s dad — you know, the one you always wish was your dad who’s just so cool.”

Despite all of the differences between the Marvel Cinematic Universe version of Black Panther and the Crystal Dynamics version, there was some overlap in behind-the-scenes creatives. To capture some cultural authenticity, Crystal Dynamics brought in dialect coach Beth McGuire, who served the same role for the 2018 Black Panther movie. Similarly, stunt double Gee Alexander, who also worked on the film, acted as a motion capture performer and provided visual references for T’Challa’s combat animations. (UPDATE: A previous version of this feature erroneously misidentified the Black Panther stunt performer participating in the game as Gui DaSilva. This feature has been updated to reflect the correct person involved.)

“[DaSilva] came in and did a recording session capture a lot of the motions that we wanted to represent on-screen with Black Panther being very acrobatic, and having a particular fighting style — we wanted to make sure that that was there and represented in his melee combat,” said Walters.

To that end, Black Panther as a playable character has a very graceful nature to his movements, with some moments of brutality. Finishing moves have T’Challa performing feats of acrobatics before he mercilessly claws at opponents. His assault heroic ability sees him throw a Vibranium spear, and his ranged Vibranium daggers, Walters said, are visually based on real African ceremonial and tribal daggers.

Overall, War for Wakanda appears to be delivering on a promise of authenticity to the source material, the MCU, and real-life parallels, with Crystal Dynamics also recruiting journalist and comic writer Evan Narcisse, writer of Rise of the Black Panther, as a narrative design consultant.

Despite Wakanda being so monolithic, Narcisse would remind the team that Wakanda is a group of factions, all with different opinions on what the nation should be. “We really wanted to dig into the fact that Wakanda is not one thing — it means a lot of different things to different people,” said MacLeod. “And that includes the Avengers.”

But what comes after such a massive expansion? For one, yet another Omega-Level Threat mission as endgame content — “the most challenging piece of content that we’ll have launched,” Walters promises. For that reason, and with feedback in mind from the first OLT,  the Wakanda OLT won’t launch day one with the rest of the War for Wakanda content.

While Walters and MacLeod didn’t share anything beyond the already released content roadmap, they expressed a “story-first” approach to adding new characters and content. Future characters will ultimately have to fit into the arcs that are still ongoing within the game, specifically the fight against A.I.M. and the impending Kree threat.

When asked when we’ll finally see pictures of Spider-Man, Walters said that the team was “still working on Spider-Man — we’re planning to launch him in 2021. So it’s still on track.” Regarding the Marvel characters that Crystal Dynamics would want to tackle, “that list is gigantic. And, you know, we need to prioritize,” said Walters. MacLeod cut in for emphasis: “He’s not kidding — it’s gigantic.” 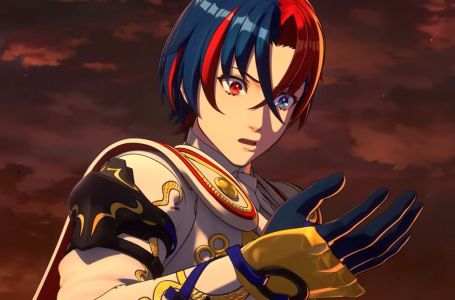 Why is Vander not leveling up in Fire Emblem Engage? 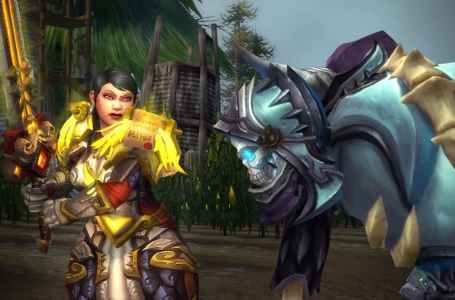 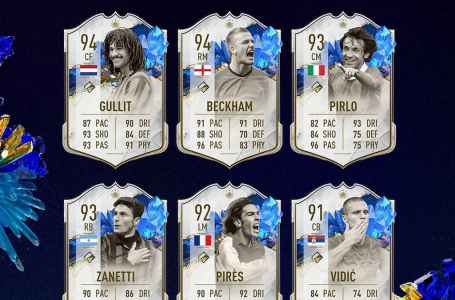