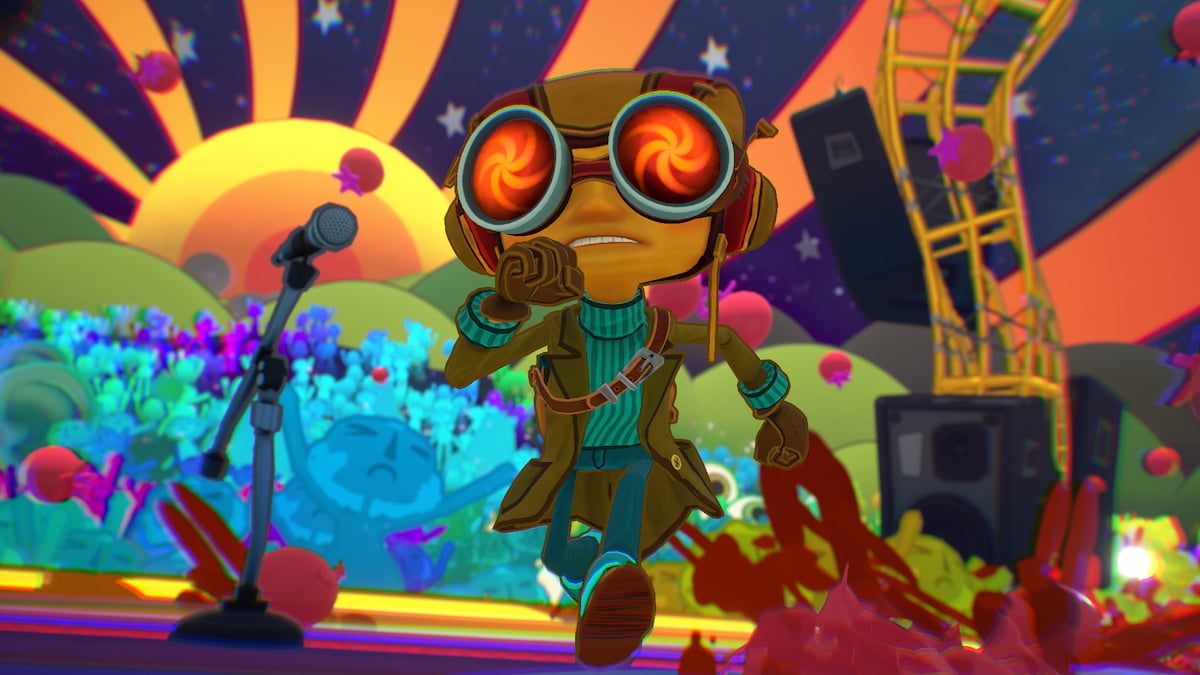 After a 16 year long wait, Psychonauts 2 has finally been released. Jumping back into the world of psychics and the overall weirdness of the human brain is something that many people have been eagerly anticipating. Luckily, to bring back the original game’s charm, much of the voices from the first Psychonauts have reprised their roles in Psychonauts 2. Here are the voice actors in Psychonauts 2.

Returning for his starring role as Rasputin Aquato is Richard Horvitz, a voice that you have likely heard in past games and cartoons. In video games, he is Zurkon Jr. and many other voices in the Ratchet and Clank series, Lani-Loli in Crash Bandicoot 4: It’s About Time, and Orthopox in Destroy All Humans! He has also appeared in World of Warcraft, Ape Escape: On the Loose, and Fallout 76.

While Horvitz has lent his voice to many video games over the years, you will recognize him most as the voice of some iconic cartoon characters if you grew up in the 1990s-2000s. He is the voice of Zim from Invader Zim, Billy from The Grim Adventures of Billy and Mandy, Daggett from Angry Beavers, and has appeared in so many other series.

Returning as the voice of Lili Zanotto is Nicki Rapp. She has appeared in various video games throughout the years. In Telltale’s The Walking Dead Season One and Final Season games, she was Lilly and Morgan LeFlay in Tales of Monkey Island. According to IMDB, Rapp has also voiced various Sims throughout that series and was reportedly Isabelle in Mario Kart 8.

Focusing just on video games, Stanton was the voice of the Big Daddies in the Bioshock games, Happy in Kingdom Hearts: Birth by Sleep, and has appeared in many Disney movie tie-in video games.

Reprising her role as Milla Vodello is Alexis Lezin. While she came back after more than a decade to play the character, it does not appear that Lezin does much acting. Outside of the Psychonauts series, we can only find credits for a movie called Pigs Will Fly in 2002, and a short from 1998 called Sleep Come Free Me.

Once again voicing Coach Oleander is Nick Jameson. He has been lending his voice to various video games and television series since the early 1990s. He has appeared in video games: Diablo III, Dishonored, Batman: Arkham Origins, Final Fantasy XII, the Assassin’s Creed series, and various Star Wars games.

David Kaye has once again given his voice to Ford Cruller. Kaye has had his voice in various things since the 1980s, where he began with anime voice acting. English translations of animes he has appeared in include: Dragonball Z, Ranma 1/2, Mobile Suit Gundam Wing, Inuyasha, among other shows. In video games, you will know David Kaye as the voice of Clank from the Ratchet and Clank series. He also appeared in Kingdom Hearts III, Marvel Ultimate Alliance 3: The Black Order, and Call of Duty: Black Ops III.