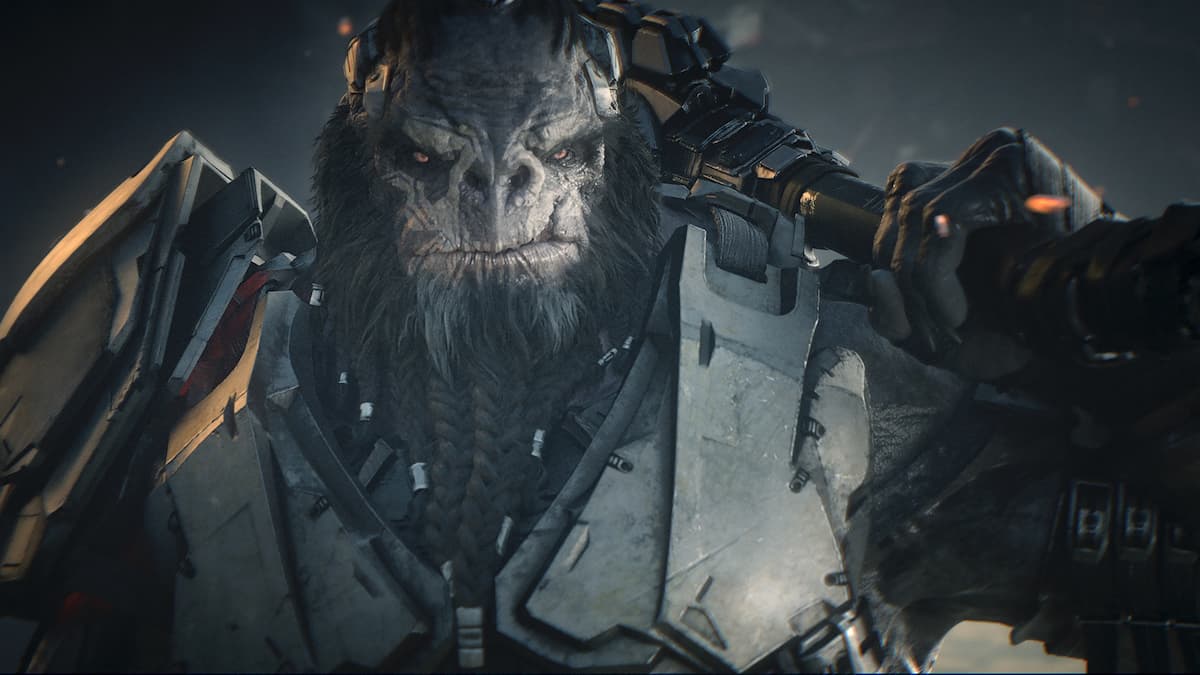 Halo Infinite begins with a bang. The game starts with Master Chief in the thick of combat, and it isn’t long before he encounters a formidable foe in the form of Atriox, who manhandles the Chief like this 7-foot-tall, 1,000-pound Spartan is just a ragdoll. However, partway through the game’s first level, it’s revealed that Atriox was killed — allegedly. We don’t get to spend that much time with him in Infinite, but it seems likely he’ll be a major player in future Halo stories. Here’s everything you need to know about Atriox in Halo Infinite. Spoiler warning: Ending spoilers for Halo Infinite to follow.

Atriox was first introduced in Halo Wars 2, where it was revealed he used to fight for the Covenant during the Human-Covenant war. However, Atriox didn’t quite believe in the Covenant’s galaxy-wide, religious conquest. His questioning of the group’s ideals drew the ire of Covenant leadership, who attempted to execute him to quell any possible rebellion. However, Atriox killed his executioner, which inspired further rebellion within the Covenant; his actions earned him a loyal following. Soon after, Atriox and his followers left the Covenant. His group of rebels would go on to be called “The Banished.”

In Halo Infinite, Atriox attempted to uncover the secrets of Zeta Halo — the game’s setting — which resulted in the Banished occupying the ring. Throughout the game, Banished fighters often state that Atriox died shortly after his encounter with Master Chief, but the game’s post-credits scene says otherwise. It’s revealed that Atriox actually survived, and he’s up to no good. He activates a terminal, which frees a mysterious, dangerous force known as “The Endless.”

Atriox’s full plan and motivations have yet to be revealed, but we’ll likely see more of the powerful Brute villain in future Halo stories. Based on how Halo Infinite ends, it seems like he’s poised to be the next big threat in the Halo series.