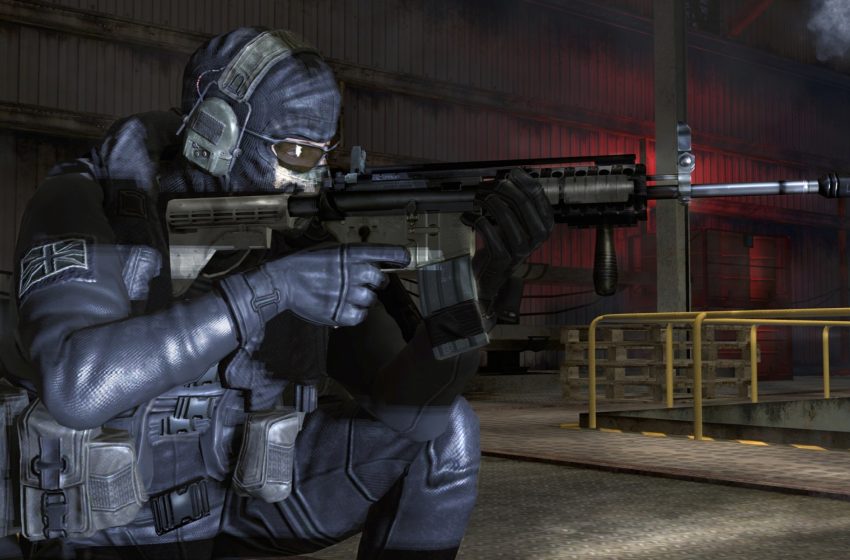 A fan-favorite character has been hinted to return in Call of Duty: Modern Warfare. A teaser that was posted features the return of Lt. Simon “Ghost” Riley, which is due to drop on Feb. 11 – when Season 2 is tipped to begin.

The teaser, posted in a tweet, shows someone logging in to view encrypted files that they received from Captain Price. Ghost can be seen in the reflection of the laptop screen. “New team: Operators” and “updated weapons system/ordinance” also show on the screen, which could hint what will arrive in the game with the update. Some fans have also pointed out that the images that appear are of Rust, the iconic map from Call of Duty: Modern Warfare 2. Could this be where Ghost makes his return?

It is no surprise that the Ghost has made a return. First seen in Modern Warfare 2 in 2009 as a British Special Forces operator, he has been popular with fans ever since. The last time fans saw him was as a customization option in Call of Duty: Ghosts, so there’s quite a buzz surrounding his return.

Players first encountered Ghost in Rio de Janeiro in Takedown, although he was only around in person for a short time. He then communicated via radio for the rest of the mission. He was also seen in the mission The Hornet’s Nest with Task Force 141, an “elite, multi-national counter-terrorist unit under Lieutenant General Shepherd’s command.”

Ghost’s final appearance was in a mission that shocked every single CoD fan that played it and became infamous in the community – Loose Ends. This is the last level in which players see Ghost alive. In it, both he and Gary “Roach” Sanderson, a fellow member of Task Force 141, are betrayed by Shephard.

Ghost and Roach are sent to the antagonist’s safehouse on the Georgian-Russian border to search for intel. When they find “a bloody goldmine” (according to Ghost) of information and return it to Shephard, he betrays and kills them to take the glory for himself, and cement his status as a war hero. He then dumps both characters’ bodies in a ditch and sets fire to them with his cigar.

Why is he a fan favorite?

Many players were very affected by Ghost’s brutal death, hence why Loose Ends became such an infamous and painful level – and still is, even over 10 years after its release. At the time, his death was horrific, and players are still mourning him to this day. Fans had warmed to Riley throughout the game, charmed by his English slang (I can still hear him saying, “Bloody hell those trucks are bulletproofed!”) and his permanent skull-mask-and-sunglasses ensemble.

Lt. Simon Riley had such a positive reception that shortly after MW2 released, Wildstorm Productions developed a six-issue comic series, Modern Warfare 2: Ghost, as a companion to the game. In the series, fans got to explore Ghost’s life before the events of MW2, including his childhood and the origins of his iconic skull mask.

It is revealed that Ghost’s childhood in Manchester, England, was traumatic, mainly due to his abusive father, who used to taunt him with deadly animals. Skulls and their symbolism are a recurring theme in Ghost’s backstory, which explains the mask he wears. When he was a child, his brother used to wear a skull mask at night to scare Riley.

While in the Military, Ghost was ordered to take down a Mexican drug dealer who was also smuggling terrorists into the US. He is instead captured and tortured by the kingpin following a betrayal from the mission’s leader (do you sense a pattern?). His torturers condition him to see skulls on other peoples’ faces to remind him of his abusive father and troubled childhood to get him to kill his betrayer.

Ghost refuses to kill his former comrade, and the cartel leaves him for dead in a coffin underground with the corpse of his betrayer. Later in the series, the cartel he was chasing murder his entire family, except for his father, and frame Riley for the killing. He goes to visit his father one final time in the hospital, and both of them, having slipped into madness after their troubled lives, laugh at the idea of death. His father is then killed.

Riley finds and finally exacts his revenge on his torturers, before being picked up by Task Force 141, beginning his story as fans previously knew it.

The harrowing events in Modern Warfare 2: Ghost made Simon Riley a sympathetic figure for fans and allowed them to connect and feel closer to his character. The things he has survived only cement his role as a complete badass and most CoD fans remember him fondly. Furthermore, the fact that his mask always hid his face led to lots of speculation about his appearance. Despite his short in-game appearance, he is an icon of the franchise, and the idea that we could see him again in Modern Warfare is fascinating.

What can we expect?

Although we don’t have any information about Ghost’s return other than the teaser, he will likely join the game as a multiplayer character or feature in a new Spec Ops mission. Perhaps he will be part of the new Operators team that is also briefly shown during the teaser.

Since there are at least five years between the events of the first Modern Warfare and Modern Warfare 2, there is a possibility that we’ll get to see Ghost in the early days of his role in Task Force 141. Although it’s unlikely that his cameo will delve any deeper into his character, it would still be interesting to see a section of Ghost’s story that we haven’t been party to yet.

Regardless of how Ghost’s revived role plays out, it will still be a special experience for fans to take a nostalgia trip and see the franchise’s most-loved character alive again.