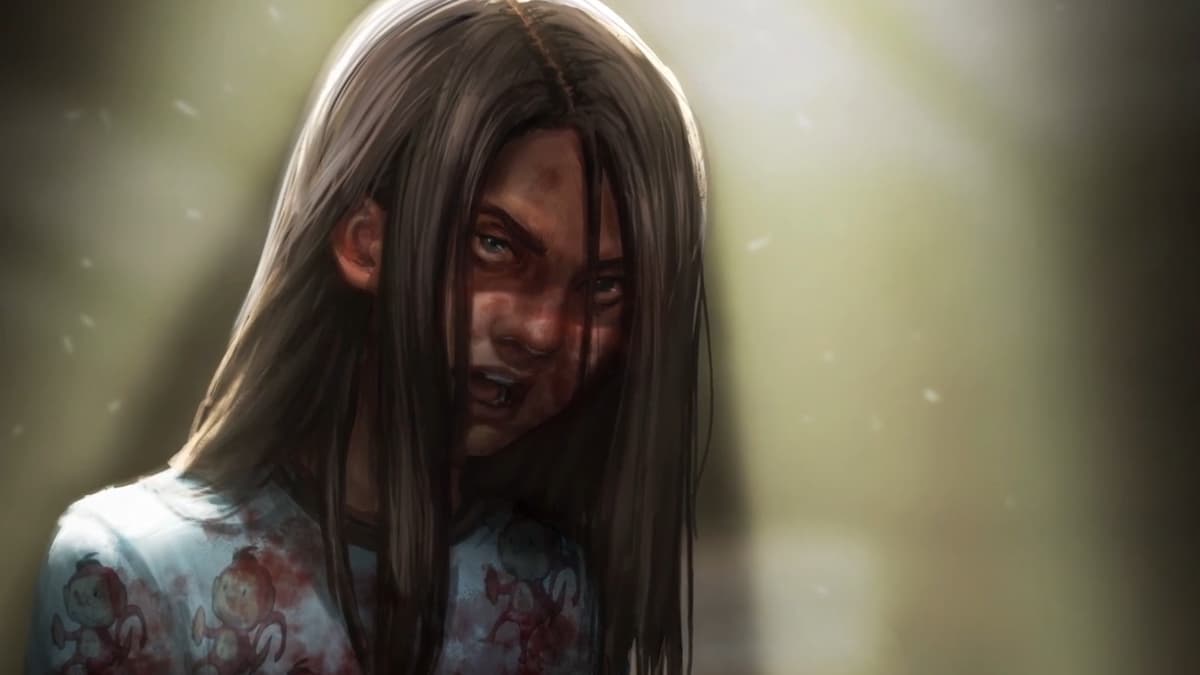 Call of Duty Zombies has been running for a long time now, and since its beginning, it has established quite a few landmark features. This includes mechanics like upgrading your weapon at the Pack-a-Punch machine or buying perks through Perk-a-Colas, but its characters help the convoluted story prosper.

While she has never been a playable character (outside of being an operator in Black Ops Cold War), Samantha Maxis is as synonymous with Zombies as any other feature. If you have been wondering who she is, here is all you need to know about who Samantha Maxis is in Call of Duty Zombies.

To keep things as simple as possible, we will be going through Sam’s story in order of game releases. We are discussing various versions of the same characters that appear throughout the games, so we will try to make these descriptions as straightforward as possible.

Samantha Maxis is the daughter of Ludvig Maxis, leader of Group 935, a secretive German group during the World Wars that experiment with Element 115, Zombies, teleporters, and many weapons. She has had a special connection with the Zombies throughout the games, sometimes gaining control of them. Her dog, Fluffy, was turned into the first Hellhound. Throughout all iterations, she is voiced by Julie Nathanson.

From this point forward, Samantha will be referred to as Sam or Samantha. Maxis will be used to describe her father as is commonly done in the games.

Samantha’s role in the Ultimis Aether storyline primarily occurs throughout the first two Zombies iterations in World at War and Black Ops. She is mentioned in Black Ops II before the map Origins but does not have much presence.

To start Samantha’s story, Edward Richtofen, a man who worked closely with Maxis, experiments on Sam’s dog, Fluffy, is a teleporter at Group 935’s weapons factory called Der Riese (The Giant in German). The events end up turning Fluffy into a Hellhound. Sam, being quite upset at this, rushes to her dog in the teleporter. Maxis runs after her, and Richtofen traps all of them within, sending them off and believing them to be dead. Instead, Samantha is teleported to Griffin Station on the Moon.

While on Griffin Station, Sam comes into contact with the Moon Pyramid Device (M.P.D.). When she hides inside the M.P.D., she gains complete control of the zombies. Richtofen brings Maxis to Griffin Station to attempt to calm Samantha and lure her out of the M.P.D. Instead, Maxis instructs her to kill them all before committing suicide. His soul lives on, however, and he has more of an impact on the story. Enraged at the sight of her deceased father, she unleashes the zombies on Griffin Station, killing everyone besides Richtofen.

While Sam controls the zombies throughout most of World at War and Black Ops, she does not have much more to do with the story. She is always present as the in-game announcer who calls out, “Fetch me their souls” during Hellhound rounds and announces power-ups upon pick up, but until Moon, she does not directly have an impact.

On Moon, the Ultimis crew of Richtofen, Tank Dempsey, Nikolai Belinski, and Takeo Masaki force Samantha out of the M.P.D., and Richtofen forces her to swap bodies with him so that he can control the zombies. Samantha then convinces Dempsey, Takeo, and Nikolai to help her stop Richtofen from taking over everything by launching three missiles at Earth, essentially destroying everything and leaving the planet in pieces. Instead of leaving Samantha trapped on the Moon in Richtofen’s body, Maxis gets her soul sent to a dimension called Agartha.

Samantha is not directly included in Black Ops II’s Zombies story until Origins, which is a different timeline at this point. In the earlier maps, the Victis crew is repairing Polarization Devices so that Maxis can reach Samantha in Agartha. However, Samantha realizes her father has been corrupted by the Dark Aether and begins to reach out to another version of Maxis in a separate timeline bringing us to the Primis storyline.

While Origins was the final Zombies map in Black Ops II, it was the beginning of a new storyline taking place in a separate dimension than we were used to.

After finding her father corrupted by the Dark Aether and being trapped in Agartha, Samantha reaches out to another version of Maxis in a separate dimension. This version of Maxis is working at an excavation site in Northern France for Group 935 alongside a new Richtofen. This version of Maxis has never had a daughter but is convinced that Samantha is the key to unlocking the secrets of Element 115. After a zombie outbreak, Richtofen extracts Maxis’ brain to place into a drone to prevent him from fully dying from a zombie bite. At this point, alternate versions of Dempsey, Nikolai, and Takeo arrive to take out Richtofen, but Samantha steps in and asks them to release her from Agartha.

Black Ops III’s Zombies storyline primarily revolves around the Primis crew, with Samantha taking a backseat. She is there in the background, but that is about all to her inclusion.

After the Primis crew release Samantha from Agartha, she is transported to “The House,” the home of Dr. Monty, an entity that we will to as a god to keep things as simple as possible.

In the beginning days of Sam’s stay in The House, Monty restores Maxis’ brain to a new body and eliminates the corrupted Maxis from existence. He also finds that Sam is corrupted, takes her away for an undetermined amount of time, and brings her back with her “innocence restored.” This means the Dark Aether has no hold on her anymore, and she doesn’t act hostile or violent towards others. Oddly enough, this also causes her to speak with an American accent instead of a German one.

After a short time, Samantha is introduced to Eddie, a different version of Richtofen as a child that has also been given his innocence back. As time goes on, the Primis crew get the souls of alternate Dempsey, Takeo, and Nikolai for Monty to purify and make kid forms of so they can join Sam and Eddie in The House.

In the cycled loop all the characters are stuck in; this is the end of Samantha’s story. She resides in the house until the Shadowman attacks in Revelations and the Primis crew are sent back in time to continue the cycle.

During the events of Blood of the Dead in Black Ops IV, the cycle alluded to above is broken, and the Primis crew break off from their predetermined paths and work to fight against Monty, an antagonist of this story. Samantha does not start being recognized again fully until the fourth map, Alpha Omega.

To prevent Monty from killing Sam and Eddie, Maxis sends the two children through a teleporter to the Primis and Ultimis crews at Nuketown. A split second before being teleported, Samantha witnesses Monty kill Maxis. On the other side, she is outraged and shows there is still some of that Dark Aether power in her from her past.

Later, Primis Nikolai leads everyone into a forest to celebrate their upcoming victory against Monty. Once the Victis crew creates an Agarthan Device to destroy the Summoning Key, he kills the rest of the Primis crew and the Ultimis crew. Being the last one standing and knowing he must die to put an end to the current state of the multiverse, Nikolai hands Samantha a gun so she can kill him. With all versions of the Primis and Ultimis crew dead, the multiverse can reset without the constant threat of the Dark Aether and Agartha. She then walks with Eddie into a new reality that leads us to the Dark Aether storyline started in Black Ops Cold War.

After arriving in a new universe fresh off of the destruction of the multiverse, Samantha lost all memories of her prior life and was raised in an orphanage. Now she is an adult and essentially a super spy, working alongside her friend Weaver, one of the heads of Requiem. Without Richtofen, Dempsey, Takeo, and Nikolai, this grown-up Samantha Maxis has taken a much more significant portion of the spotlight.

After getting information from a K.G.B. contact, Samantha warns Weaver of Omega Group unearthing an old Nazi research area called Project Endstation. With Omega’s meddling, Dark Aether portals are opened, and zombies come into the world. This starts the events of the map, Die Maschine.

After warning Requiem of Endstation, Sam makes her way to Firebase Z, where she meets with an Omega defector named Sergei Ravenov. After infiltrating the base, she is captured and tortured by an American scientist working with the Russians named William Peck. He opens a portal to the Dark Aether and tosses her in, believing her to die within. However, Requiem arrives and opens a new portal to bring her back. She was in there for a couple of days in real-time, but in her perspective, she was there for months since time works differently there. While Samantha spent a long time in the Dark Aether, she proves that she is a survivor and is minimally affected by the Dark Aether’s effects on the human psyche.

Upon Samantha’s return to Requiem, she is placed in quarantine, and Weaver gives her a rottweiler to keep her company. Even with this forced quarantine, Samantha sneaks in a mission for Requiem agents in Outbreak, where they meet up with Ravenov and destroy some Omega warheads. They are covered in Aetherium Crystals from Tempests that could create massive Dark Aether portals wherever they shoot them. To keep this power away from Omega and Requiem, she tells Ravenov to send them into the Pacific Ocean.

After going behind Weaver and Requiem’s backs, Samantha is forced into a stricter quarantine and testing overseen personally by the Requiem Director, who we do not know the identity of as of this writing. He tortures her and plays with her emotions to try and force her to let her powers loose.

At some point, Weaver comes to her to create a portal in West Berlin to save the Requiem group that rescued her earlier. The Director spies on this and types a message to a group that her powers are growing and she is a problem that must be taken care of.

As of this writing, that is all the essential things you need to know about Samantha Maxis from Call of Duty Zombies. In the future, we will update this post with any information from Black Ops Cold War’s final Zombies map, including the Director’s identity and the whereabouts of Eddie after the end of Black Ops IV. Additionally, if Vanguard includes any Samantha Maxis story, we will bring it here as well.