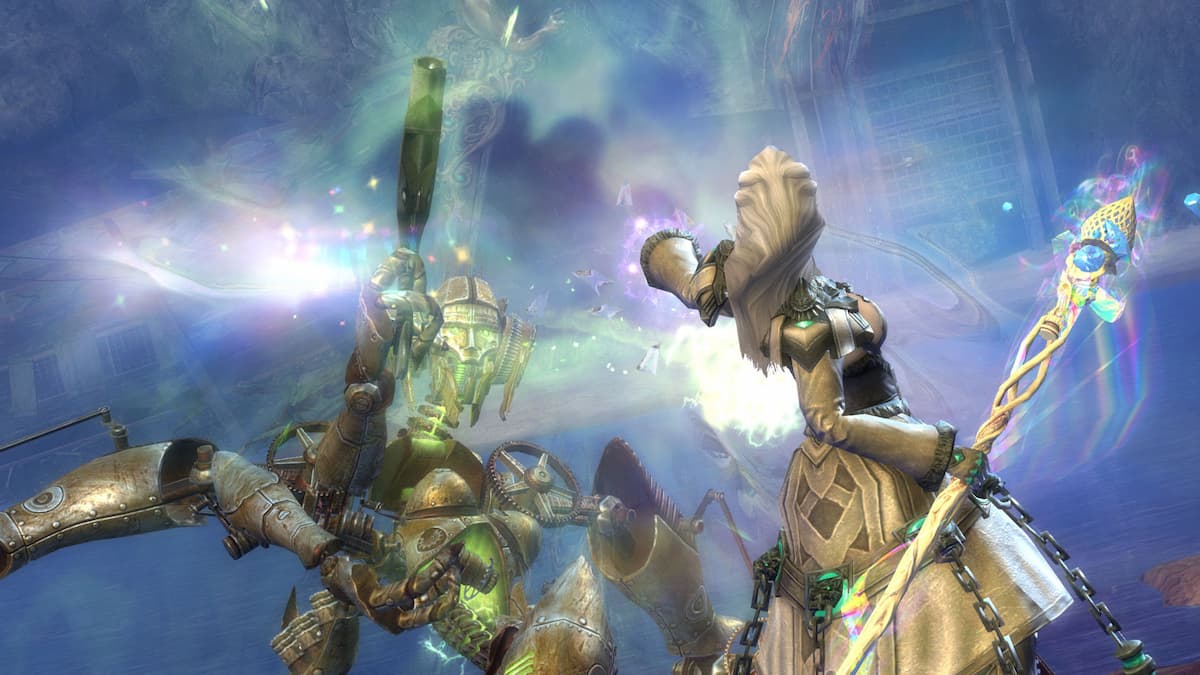 In Guild Wars 2, most villains are giant, world-ending Elder Dragons planning the demise of various races and places. Unfortunately, we’re not often gifted a genuine regular villain that’s somewhat relatable and not a hulking beast of pure magical energy.

ArenaNet has solved this by delivering to us, the original humanoid main villain of the Guild Wars series, Scarlet Briar. The most charismatic, witty, charming, and devious of the villains in the game, Scarlet popped up at a time when the world thought it was safe from the Dragon threat and then quite literally shook the world to its core with her plans and schemes. This guide explains who Scarlet Briar is, and her villain origin story, her importance to the plot in Guild Wars 2.

Scarlet Briar — Before the events of Living World Season 1

Scarlet Briar wasn’t originally a villain, though she wasn’t exactly the most caring of individuals. Instead, the Sylvari Secondborn had a curious nature and thirst for knowledge beyond that of the Pale Tree’s teachings. Named Ceara for the first part of her life, she eventually learned the art of firearms and headed off to Rata Sum, the capital of the Asura. Here Scarlet Briar learned about Dynamics and completed the course as the top student before completing the Statics course. During this time, she learned about Ley Lines and further pursued the Synergetics course. This was the beginning of her downfall.

Sometime later, Ceara turned to the Inquest, finding that the answers she sought were limited by her surroundings. Though she learned a great deal, she eventually headed out on her own, following a dark path to Dry Top after being plagued by visions that called her there. Here, she learned about the All, which revealed the truth of the Sylvari, and their origins, which stemmed from Mordremoth, the Jungle Dragon. Driven insane from the truths and information she had learned, Ceara morphed into the villain known as Scarlet Briar.

How Scarlet Briar becomes the villain in Living World Season 1

Manipulative and cunning, Scarlet convinced Dredge and Flame Legion to form the Molten Alliance. She also convinced the Aetherblades and Inquest to begin attacks upon the capital of Lion’s Arch, as seen in the Sky Pirates episode, recruiting the help of one Mai Trin.

Finally, Scarlet decided to interrupt the Queen’s Jubilee and turned the Watchknights against the people, her plans foiled only by Braham, Rox, and the Commander. The actions of the three heroes firmly placed them as Scarlet’s number one target on the kill list, and she began plotting a way to enact her revenge. While her initial plan to kidnap the Queen was foiled, Scarlet was able to implement her Portal technology to great effect and used it to terrorize the people of Tyria consistently.

After uniting several other factions, forming the Toxic Alliance, and constructing the Tower of Nightmares in Kessex Hills. All this was just the prelude to the events of Lion’s Arch and the creation of The Breachmaker, which saw the port city destroyed and the events of the current Living World set into motion as Ley Line energy flooded the world.