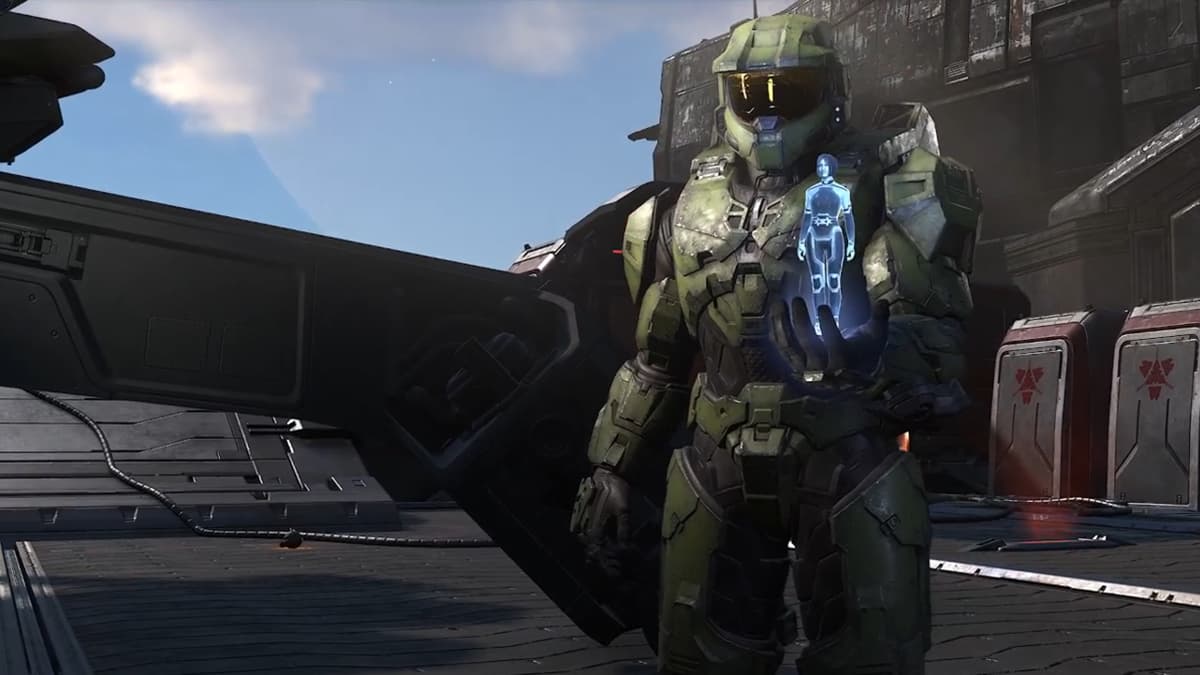 Since Cortana decided to go all crazy, “AI bent on destroying all life in the galaxy” in Halo 5: Guardians, 343 Industries were left in a difficult spot when trying to find a new AI buddy for Master Chief. So in comes The Weapon. Here is who she is and what you need to know about her about beating the Halo Infinite campaign. Spoilers for the end of the Halo Infinite campaign are ahead.

To keep things as simple as possible, The Weapon is a copy of Cortana, but not the exact same AI. Think of her as a reborn Cortana who is younger and learning many aspects of working alongside Master Chief. However, she was made with the sole purpose of isolating Cortana in a location where she could then be deleted. Because she is a copy of her, she can access all the same databanks and areas that Cortana can.

Upon being delivered to Zeta Halo, The Weapon achieves her goal of locking down Cortana in the Silent Auditorium. Upon Cortana’s deletion, The Weapon was also supposed to be deleted. However, after seeing the error of her ways, Cortana explodes a portion of the Halo ring, destroying herself. Before that happens, Cortana turns off the deletion protocol for The Weapon because she knows Master Chief will need her for the fight against the Banished.

Upon getting the final echo message from Cortana, Master Chief and The Weapon move forward with the idea of working together as a team. While the game does not say it outright, it is heavily implied that The Weapon chooses her name to be Cortana, so going forward, we are essentially playing with the same character, just one learning the ropes. Master Chief will be working in the future to ensure that this new Cortana does not go rampant and threaten all life throughout the galaxy like the one he worked with before.