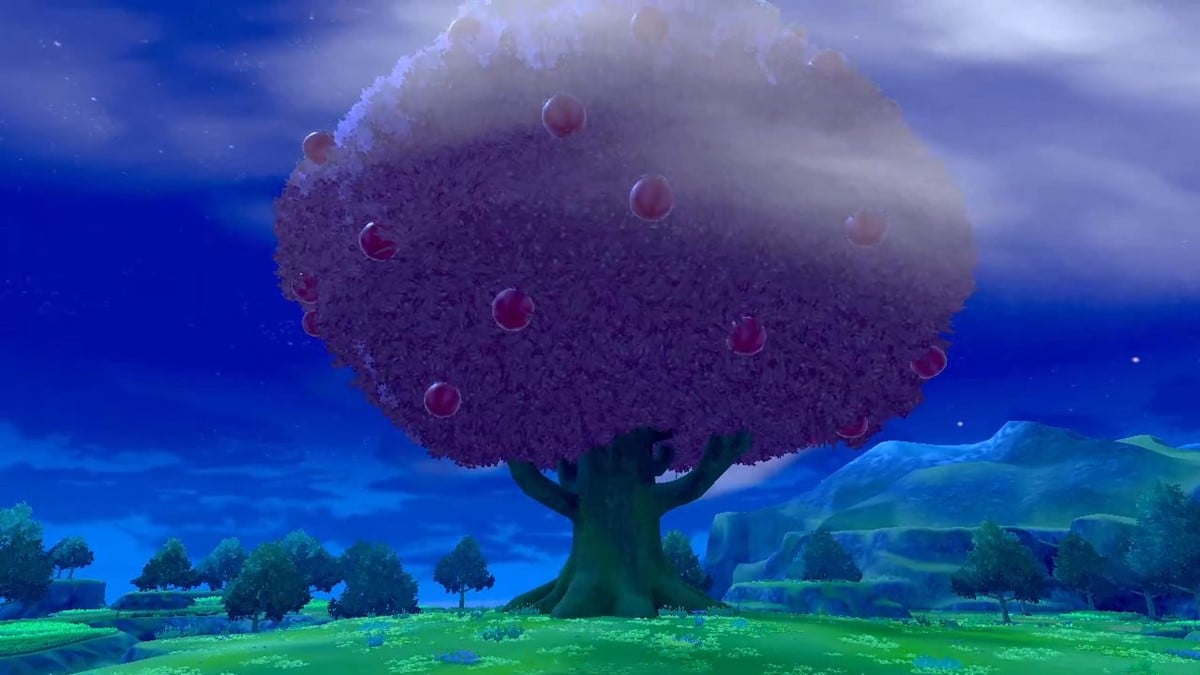 Sometimes being a stubborn player pays off. That couldn’t be more true than when it comes to interacting with the legendary tree on Dyna Tree Hill. In the new Pokémon Sword and Shield DLC, The Crown Tundra, there is a secret Dynamax battle you can trigger with an iron will of patience.

After you have found the great tree and watched it’s cut scene, you can go over to the tree and attempt to shake it. You will get the message that “The huge tree doesn’t move an inch.” This will occur about four times over, each time asking you to either shake again or leave, but keep it up anyway.

Just like with normal-sized trees, if you shake it enough, you will have to battle a Greedent, but for this giant tree, there is a giant-sized Greedent to match. Careful when taking on this battle — make sure that your Pokémon are full health too, because unlike the other Dynamax battles on the island, it is not a raid, so you cannot invite anyone or play with NPCs. You must fight Greedent one-on-one.

If you don’t have any good fighting-types, or just have some trouble regardless, Greedent may wear down your team quite a bit. That said, don’t worry too much, as Dyna Tree Hill is a fly location. If need be, you can go heal your team, and then fly back after the fight if you still want to explore there.

Unlike Dynamax raids, you are not fighting the Greedent for a catch chance. In fact, when you defeat them, they will disappear from whence they came. But don’t worry; that’s not what you came for. The real payoff is the berry prize. Once you are victorious, a message will pop up and tell you, “The aftershocks of the battle caused a lot of berries to fall from the tree!”

You will receive a total 82 berries from the fight, as listed below.

This appears to be a one-time battle, as it cannot be done daily. That said, it may have some sort of slower reset mechanic, like once per month or season.