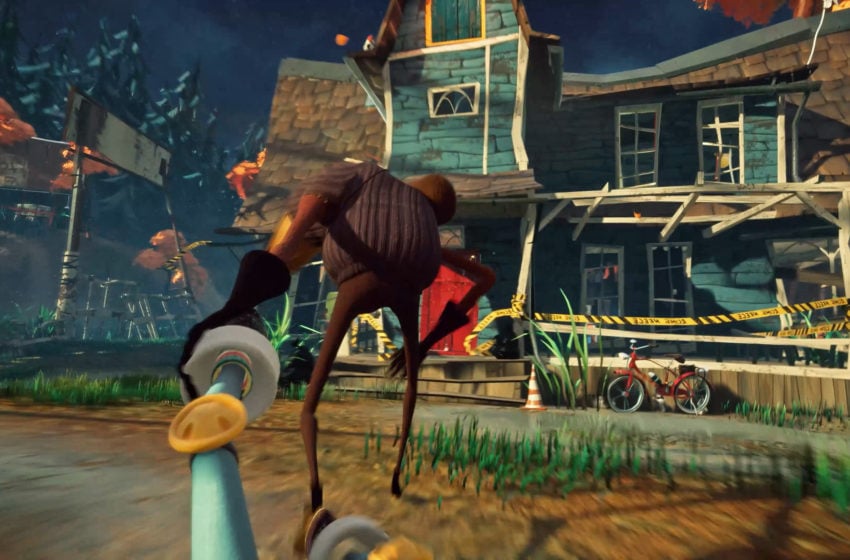 Before the Xbox Games Showcase on July 23, developer TinyBuild unveiled Hello Neighbor 2, the sequel to the horror game Hello Neighbor. The story in the second game takes place immediately after the events of the first title of the franchise.

TinyBuild announced that the title will launch in 2021 for both the PC and consoles, but will Hello Neighbor 2 be available for the PS5 and Xbox Series X? TinyBuild stated during its announcement on July 23 that Hello Neighbor 2 will launch next year for both the Xbox One and Xbox Series X. However, it has not confirmed as of yet as to whether the title will launch for the PlayStation 5, or for the PlayStation family of consoles at all.

There is, however, a good chance that it will. The original title of the series, Hello Neighbor, launched in 2017 for the Xbox One, PlayStation 4, Nintendo Switch and PC. Considering that, as well as the fact that the game was revealed during the Xbox Games Showcase, the fact that Hello Neighbor 2 has not been officially confirmed for the PS4 or PS5 should not concern PlayStation users as of now.

In Hello Neighbor 2, the main character, Quentin, is a local reporter who is investigating as to why several people have disappeared in Raven Brooks. During the story, you will attempt to look for the Neighbor, Mr. Peterson, while being stalked by a self-controlled AI.