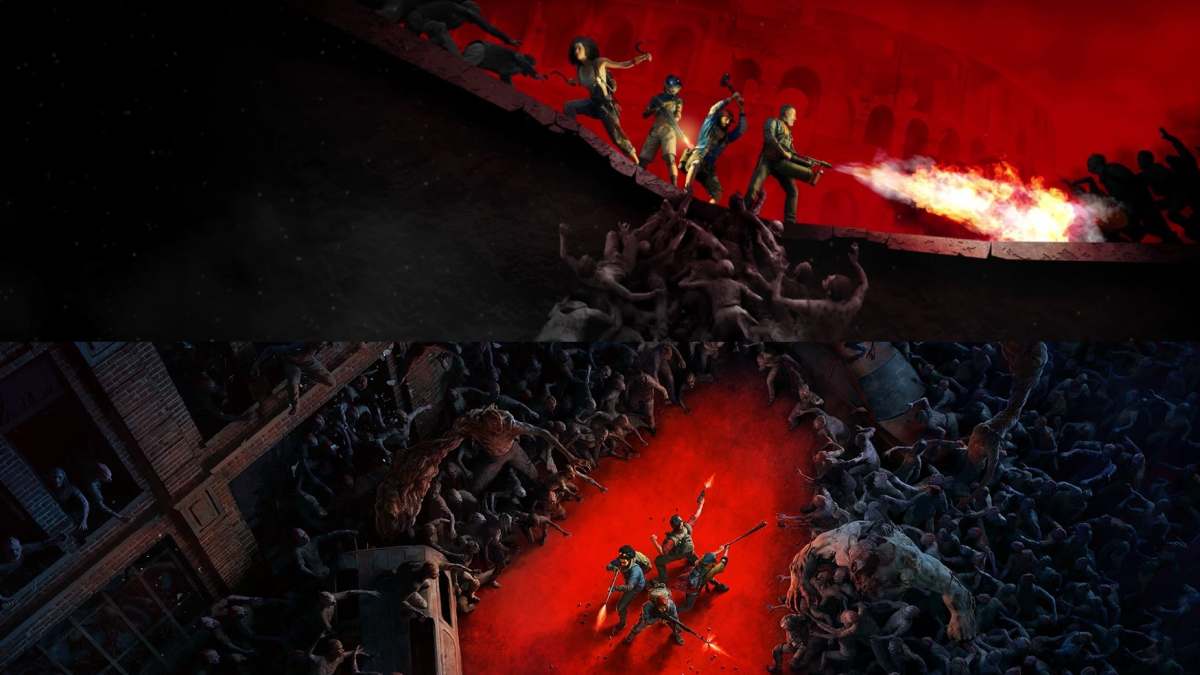 Co-op horde shooters are a genre rapidly reaching over-saturation this year, with a number of new titles coming out this year and more on the horizon. And while some games in the space opt to innovate and take the genre in new directions, most are sticking as close as possible to the OG game that brought co-op shooters to the spotlight first: Left 4 Dead. Two such games to come out in 2021 are Back 4 Blood and World War Z: Aftermath. While the latter is technically not a new game but rather a content-rich upgrade, both are essentially the same experience: four-player cooperative shooter games focused on over-the-top zombie-killing mayhem. Both games are available on PC through Steam, and also on previous and current-gen Xbox and PlayStation consoles. World War Z: Aftermath costs a bit less and is also available on Nintendo Switch.

With the basics out of the way, let’s tackle the big question: which game deserves your attention more, Back 4 Blood or World War Z: Aftermath?

Although Back 4 Blood advertises it more openly, both games borrow so heavily from Left 4 Dead they may as well be spiritual successors (this is true for all co-op shooter games to an extent). That said, both games also put their personal touches on the formula in different ways, enough to feel like different games. World War Z: Aftermath is all about bombastic engagements, with massive scale sieges pitting players against incalculable hordes of fodder zombies. The spaces are bigger and more open, zombies move faster, and players have a lot of deployable defenses and tactical choices to make. Aftermath has a number of swarm mechanics in place that distinguish fighting the horde from fighting individual members of it; for example, shooting the base of a pile of climbing zekes sends the whole group tumbling to the ground, buying you some extra time before the swarm as a whole manages to clear the fence. In effect, fighting back zombie waves becomes almost like calculated bouts of crisis management, with players standing still and strategically wreaking havoc from their individual stations.

Back 4 Blood feels less static in comparison, with fewer moments of protracted siege defense. Players move along the map faster, zombie hordes are smaller, and combat generally happens on tighter, more up-close terms. Judging by the beta, the narrative of Back 4 Blood’s story campaign is more fleshed out, and the environments are more memorable and detailed — despite the fact that World War Z: Aftermath’s campaign travels through interesting locations all over the world.

World War Z: Aftermath also does playstyle customization better. While both games have tons of perks and upgrades to choose from, Aftermath keeps all the loadout minutia outside of the match, where it doesn’t interrupt the zombie-smashing action. Meanwhile, Back 4 Blood’s safe room shops and card draw screens act as artificial speedbumps that can really slow down a mission and take away the tension.

While the campaign modes of both games are similar, the PvP modes couldn’t be more different. Back 4 Blood opts for a sort of endurance race, with one team playing zombies while the other tries to survive as long as possible. Then the players swap teams, and the team who had a better survival time wins the match. Meanwhile, World War Z: Aftermath’s PvP(vE) is a more or less straightforward arena mode, with all players on both teams embodying human survivors. In addition to trying to score more kills than the opposing team, players also have to fend off the occasional wave of zombies. Back 4 Blood’s PvP offering is certainly more original, though which mode is more fun is up to personal preference.