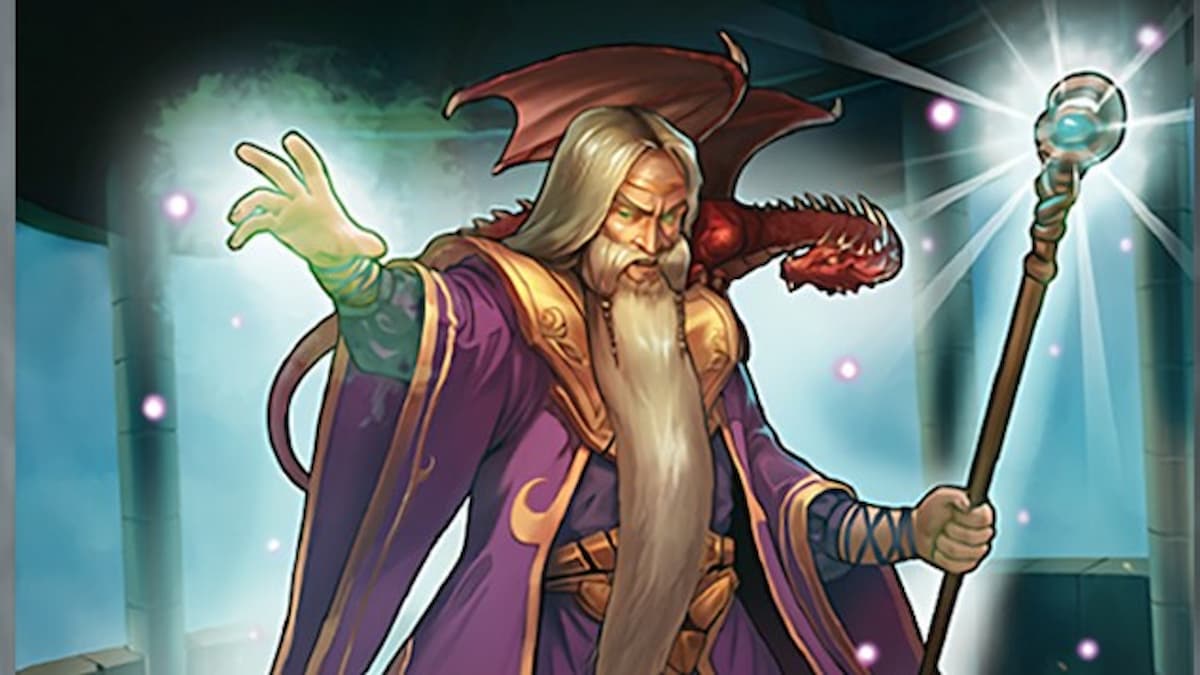 Entering 2021, one of the stronger archetypes in Yu-Gi-Oh! Duel Links was Noble Knights. Noble Knights revolve around a group of Warrior Monsters and Equip Spell Cards, and the archetype saw a significant boost when the Tales of the Noble Knights Structure Deck launched late in 2020. The deck not only made Noble Knights a bit easier to acquire, but a few new powerful Noble Knights Xyz Monsters were also added to the game.

But what should a Noble Knights deck look like in Duel Links? Let’s go over our recommendations, starting with a Skill you should definitely use with it.

While you may be tempted to use the Fields of the Warriors skills, which boosts ATK and DEF for Warrior-type monsters, we highly recommend that players use the Balance skill for Noble Knights. Since this deck build utilizes multiple Monsters, Spells, and Traps, it’s wise to use a skill that can balance the opening hand and ensure that at least one monster is in hand before the start of the duel.

To maximize the potential of Noble Knights, you will want to start with Noble Knight Medraut in essential every duel. While that’s next to impossible, you should be able to do get Medraut out in most cases with this build.

Noble Knight Medraut is so important that if you can attach an Equip Spell to Medraut to start off, the turn player will be able to Special Summon another Noble Knight monster and get the ball rolling.

If you do get Medraut, or Merlin (a Monster that can allow the player to Special Summon a Noble Knight from the Main Deck), in the opening, you should look to target either Borz or Drystan. In most cases, you’ll want Borz, particularly when you’re in Turn 1 or 2. Noble Knight Borz can, when equipped with an Equip Spell, dig out three Noble Arms cards from the deck. Two of those selected cards will end up in the Graveyard, but once will end up in the hand. In most cases, you’ll want to select two copies of Until Noble Arms are Needed Once Again (which we’ll get to in a bit) and Gwenhwyfar, Queen of Noble Arms, which, when equipped to a Noble Knight as an Equip Spell, offers an extra layer of protection.

Noble Knight Drystan, on the other hand, should only be brought out by Medraut’s effect when there’s a big Monster on the field that needs to be popped. Drystan, when equipped with an Equip Spell, can target one face-up monster on the field and destroy it.

Other Monsters worth adding to the deck include Noble Knight Brothers, which has 2400 DEF and has an effect that allows the turn player to draw one card, and Noble Knight Pellinore, which offers drawing power and the ability to pop a card on the field.

We’ve brought up Equip Spells quite a bit already, so it shouldn’t shock you that this deck utilizes many of them. In fact, you’ll want to use four different Equip Spells in this build: Noble Arms of Destiny, Noble Arms – Arfeudutyr, Noble Arms – Caliburn, and Noble Arms – Gallatin. Each of these Equip Spells, so let’s get to what each one actually does:

You should be able to start with at least one of these Equip Spells in most duels. Additionally, packing three copies of Glory to the Noble Knights should also help. This Quick-Play Spell Card allows the user to pick one Noble Arms Equip Spell from the deck, making it much easier to choose the right one (Note: We should mention that Noble Arms of Destiny should be the main choice, as that Spell provides added protection).

Here’s one other note on Noble Arms Equip Spells: These Spells can return to the field once per turn if destroyed. However, there’s a caveat. This effect can only be used if there’s a Noble Knight on the field that can be equipped to it. Keep that in mind when using this build.

There’s only one Noble Knights-specific Trap you will need for this build: Until Noble Arms are Needed Once Again. This Trap has two separate effects, both of which are quite good. First, when set on the field, this card can excavate a number of cards equal to the number of Noble Arms Equip Spells on the field. Then, the turn player can choose one of those cards and add it to hand. When in the GY, this Trap can be banished, and in return, the user can Special Summon a Monster, which must be a Noble Knight that does not have the same name as Noble Knight that’s in the Graveyard from the deck.

That’s really the only Trap that’s necessary for this build. However, because this deck utilizes Balance, you’ll need at least six Traps nevertheless. However, you should have somewhere between eight or nine Traps in this build, so you should consider adding copies of Karma Cut (which have almost become a necessity in the current meta), Paleozoic Canadia, or Wall of Disruption.

It’s important to bust out each of these cards at the right time. For example, you might want to use King Custenmin in situations where Fortune Lady Every or any Synchro or Xyz monster is out on the field. However, you may have to use Artorigus in situations where the opponent is using a lot of different Spells and Traps.

By in large, this deck can be quite powerful. It’s not as overpowered as some of the other archetypes that have had their time in the sun in Duel Links, and it’s a bit bulky (the final build should be around 30 cards), but it’s still pretty good, to say the least. And, if constructed correctly, it can handle other meta decks well.

Note: This guide reflects an optimal pre-banlist Noble Knight deck build. Thanks to the Balance nerf that hit in March, the above build does not have the same consistency.

We’ll have a more detailed write-up in the future, but here’s an updated build that might work for you: