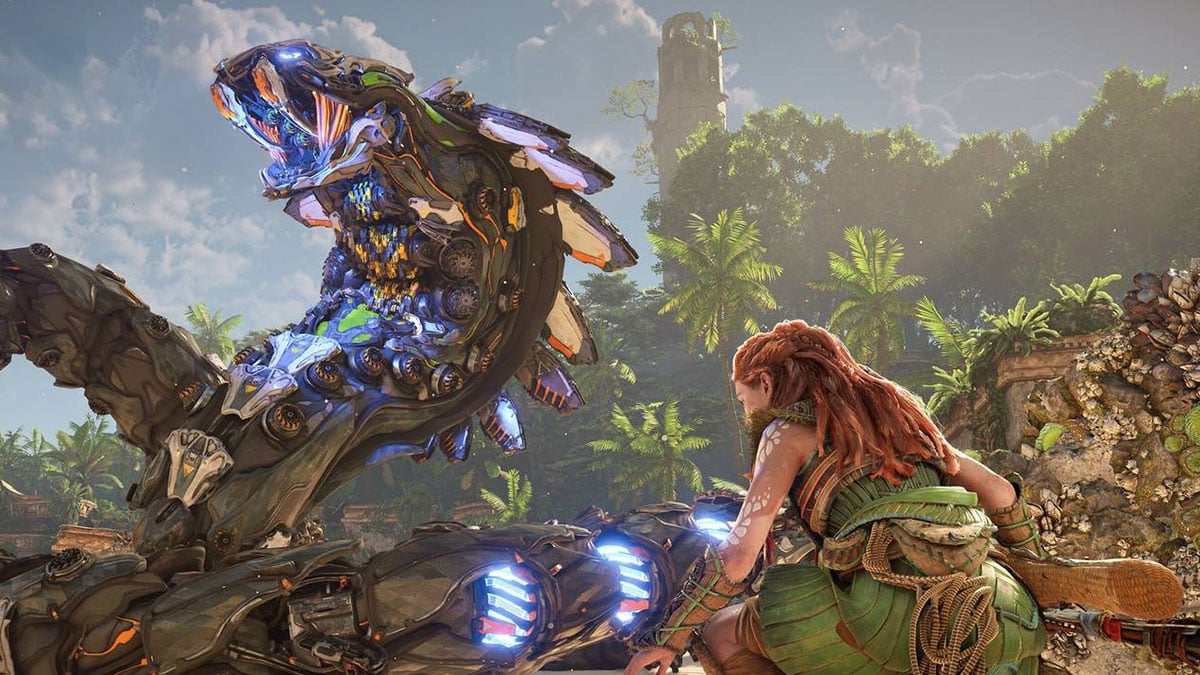 Leaks are never a good thing for any company to go through, but they are an unfortunately common occurrence because of the internet. Sony went through a huge debacle with The Last of Us Part II leaking ahead of launch, spoiling major story details. As one of the most anticipated 2022 titles, Horizon Forbidden West is the latest Sony exclusive to suffer a similar fate. Only a month away from launch, the sequel to Guerrilla Games’ open-world IP is seemingly in public hands.

Images of what was apparently the PlayStation 4 version of Horizon Forbidden West were posted online yesterday. These images came from leaked footage of an unfinished build, featuring missing art assets. While there is no definitive way to prove that the footage and platform were real, there is one major piece of evidence.

Yesterday’s tweet, which featured the images, now reads “this image has been removed in response to a report from the copyright holder.” The comments section is also filled with responses speculating as to whether they’re looking at the PS4 or PS5 version. Other comments make note of how visually impressive it looked. These comments along with the removed content lend credibility to the initial claims surrounding the footage and screenshots.