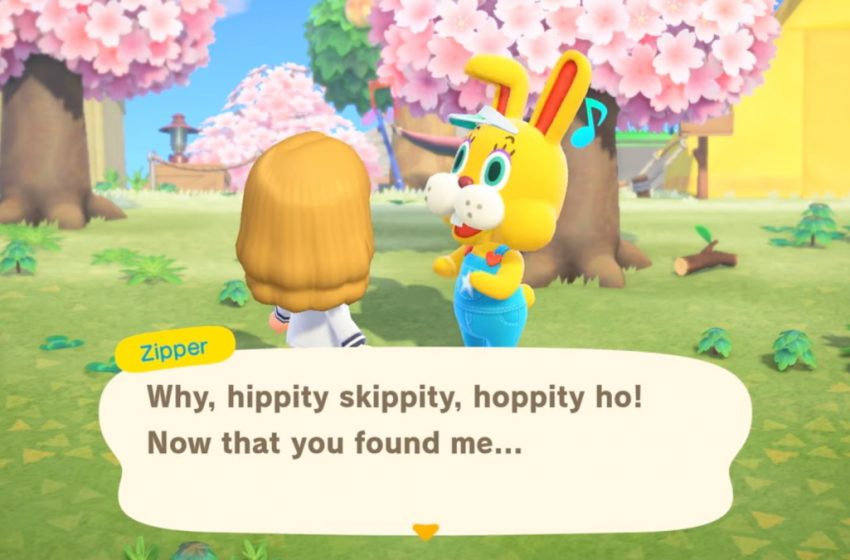 During today’s Nintendo Direct Mini we learned about Animal Crossing: New Horizons‘ next big event and an upcoming update happening in mid-April.

From April 1 to 12, you will encounter Zipper the bunny, who has arrived to your island and has hidden eggs all over it. You will need to locate these eggs and eventually bring them to him. They can be hiding anywhere, from fossil locations you need to dig up to in the water, where you’ll need to fish them out. We don’t know yet if they could be hiding on Mystery Tour islands, but they will certainly be available on yours. What type of rewards Zipper has for your hard work will come out during the event and will be available for a limited time.

Following the end of this event on April 12, a free update is coming to the game and the Earth Day event will be launching alongside it. We did not receive any details about what this event will entail, but we can certainly expect it to revolve around conservation efforts and climate-awareness. We might find new ways to protect the ecosystem of a player’s island, or something to that degree. We expect to find out more details later.

All of this event information comes shortly after learning Nintendo has fixed the duplicating item glitch some players were taking advantage of in the game. Given how quickly Nintendo handled this, we could potentially see a fix for the infinite Bells glitch others have found, nullifying Tom Nook’s building up debt requests from you, sometime in the near future.

Animal Crossing: New Horizons launched last week on March 20 and has been well received by many media outlets. Many players all over the world have been playing, and it’s had such a successful launch it boosted Nintendo Switch sales in Japan. We can expect to hear more sales successes in the next few weeks as the final numbers pour in from all over the world.