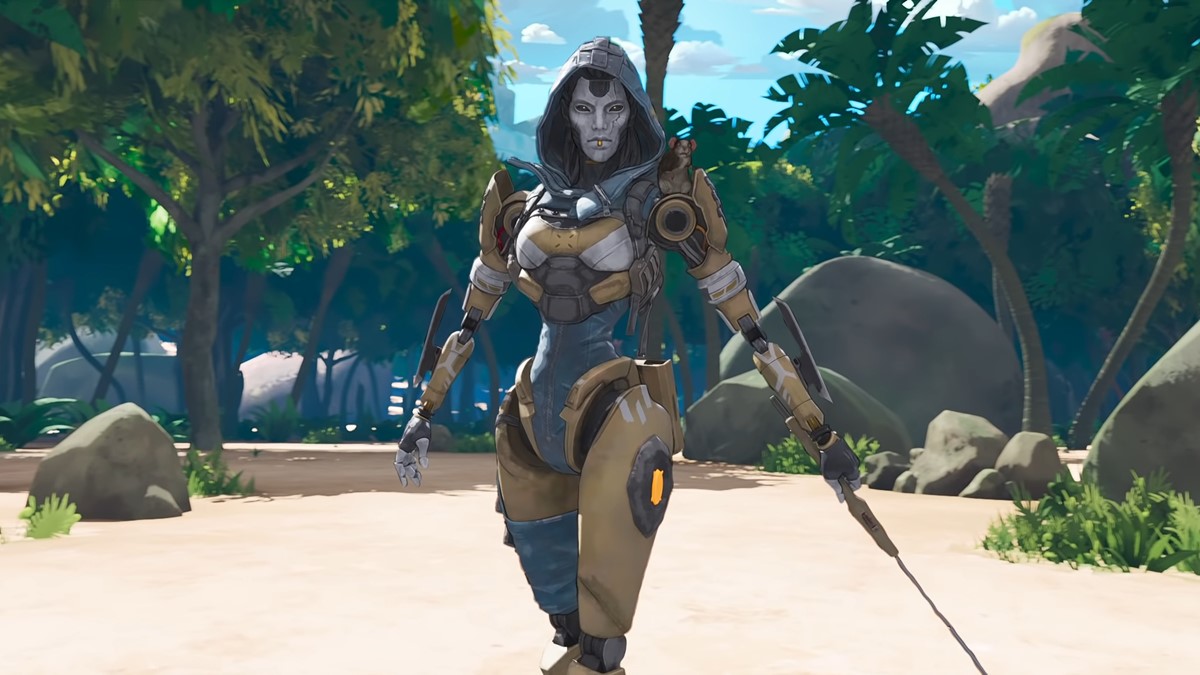 Apex Legends never disappoints with its teasers, trailers, and previews, and Season 11 is no exception. The cinematic launch trailer for the new season went live on October 21 and gave viewers a half fun and quirky, half dangerous and creepy storyline, following Mirage, as usual. What Mirage wanted to be a fun vacation on a beautiful tropical island, turned into a vicious battle against the wildlife and other Legends. This trailer was the first time that players got a proper showcase of the new map and Legend.

The map is a tropical island, most likely going to be called Storm Point, that has beautiful sunny weather on one side of the map and a brewing storm on the other. This is reminiscent of the changes made to the skybox on World’s Edge, but to an extreme. The map is filled with trees, beaches, Prowlers, Flyers, and giant spiders. Fair Arachnid warning.

We also got a first look at the new Legend and Titanfall 2 veteran, Ash, in action. We got a first look at her tactical and ultimate abilities, which seem like they are going to shake up the meta quite a bit. Honestly, they may even give Wraith mains a run for their money.

Related: All of Ash’s abilities in Apex Legends

Overall, the trailer was a lot of fun, but also very informative on what’s to come in the new season. Season 11: Escape launches on November 2.