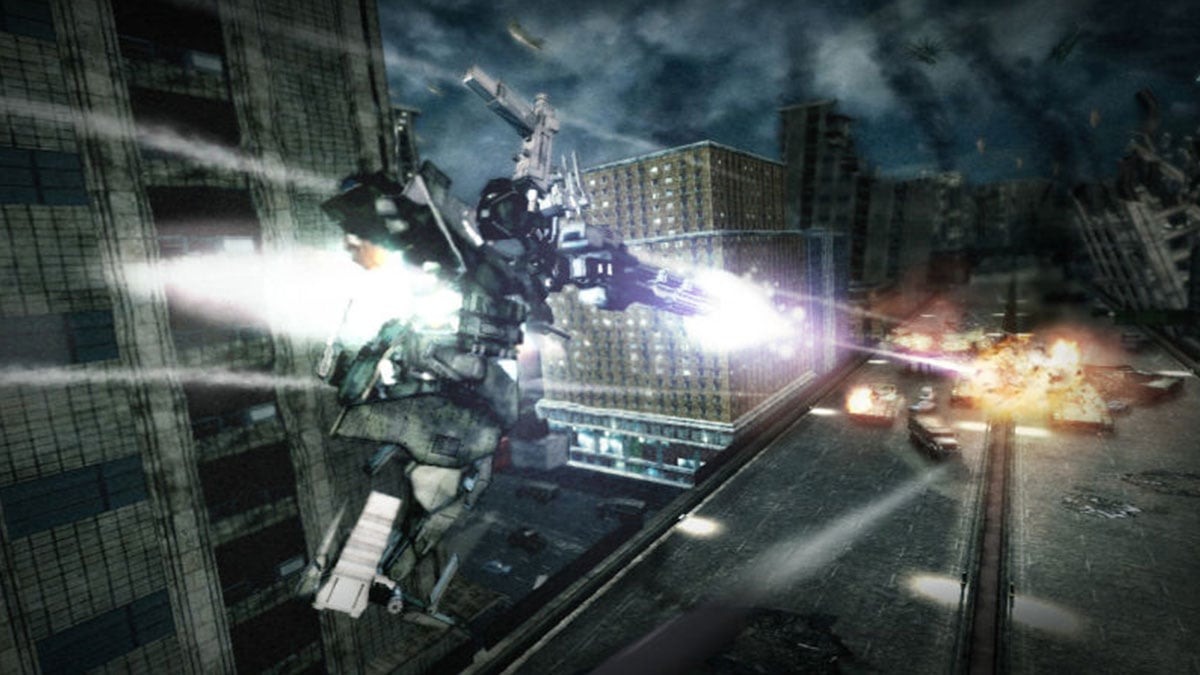 It was only one day ago, as of the time of this writing, that a possible new Armored Core title was revealed thanks to a survey from developer From Software. ResetEra user Red Liquorice shared details from that survey, and now they’ve offered further evidence with a batch of screenshots.

Posted in the same ResetEra thread, the 16 screenshots aren’t crystal clear — Red Liquorice “[tried] to obscure the watermark text without it being completely obnoxious.” The result is a series of screenshots that are still somewhat messy, but clear enough that you can easily make out the trademark mechs battling in a variety of environments. A snowy industrial complex (seen in the collection below), an underground chamber with some spilling liquid, and what almost looks like the wing of a spaceship can be seen in the full set.

Two videos were apparently also part of the survey, though Red Liquorice was unsure how to save those. Even so, these saved screenshots seem to corroborate the survey’s description of the reported Armored Core 6 story, in which “the government, corporations, cultists and unknown mercenaries” fight over a world-ending substance called Melange.

The last entry in the Armored Core series was 2013’s Verdict Day, though director Hidetaka Miyazaki teased another possible game in 2018. Next up on the From Software docket is of course Elden Ring, which has a February 25 release date on PC, PlayStation 5, PlayStation 4, Xbox Series X/S, and Xbox One.