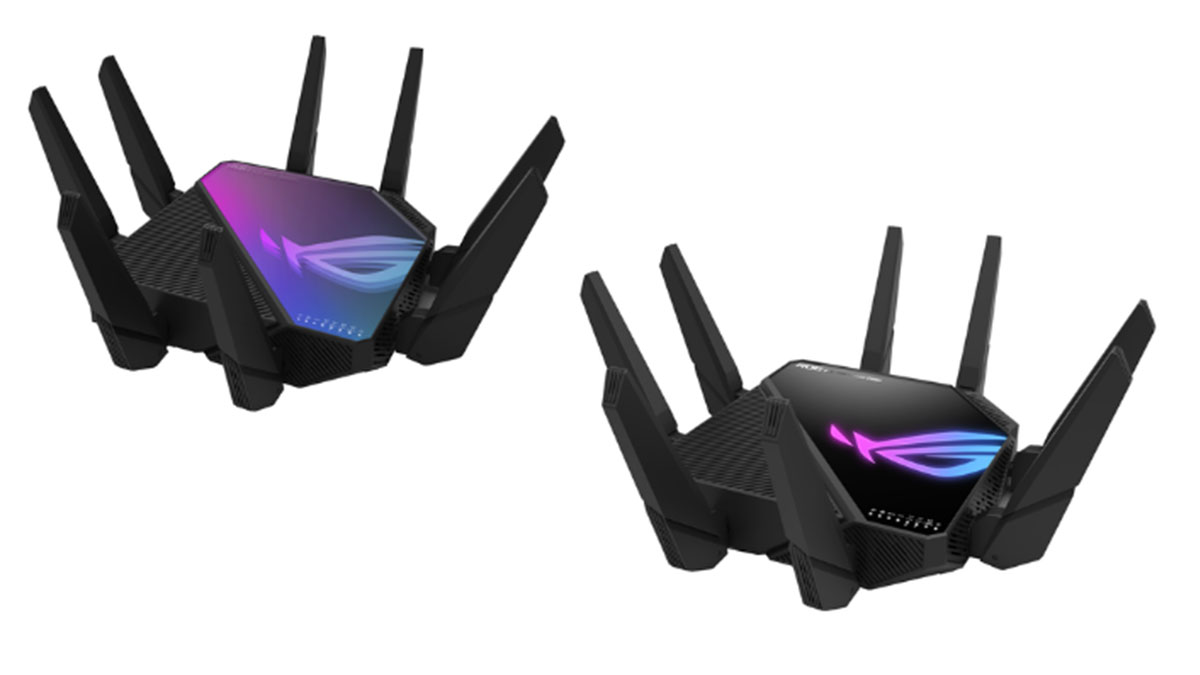 The Asus ROG Rapture GT-AXE16000 just got its reveal, and hopefully, it isn’t onsetting anyone’s arachnophobia. The new gaming router made its debut at CES 2022, and its creepy-crawly antennae are far from the only notable features.

The 16000 is the first quad-band gaming router, which means four separate bands of traffic that give your uploads and downloads more options should they need to switch signals while operating. Those four options include two 5Ghz bands, one 2.4Ghz band, and a Wi-Fi 6E-exclusive 6Ghz band, the fastest of the bunch — its top transfer rates can push up to 4.8 gigabits per second. There also multiple LAN ports, including two that can accept up to 10 Gbps transfers.

If you’re not technically minded, don’t sweat it. All those numbers mean very fast internet speeds for multiplayer, streaming, or other online gaming functions. The router also sports Asus-specific tools to boost the Wi-Fi signal in your home, server guidance for specific games, and other accelerating features.