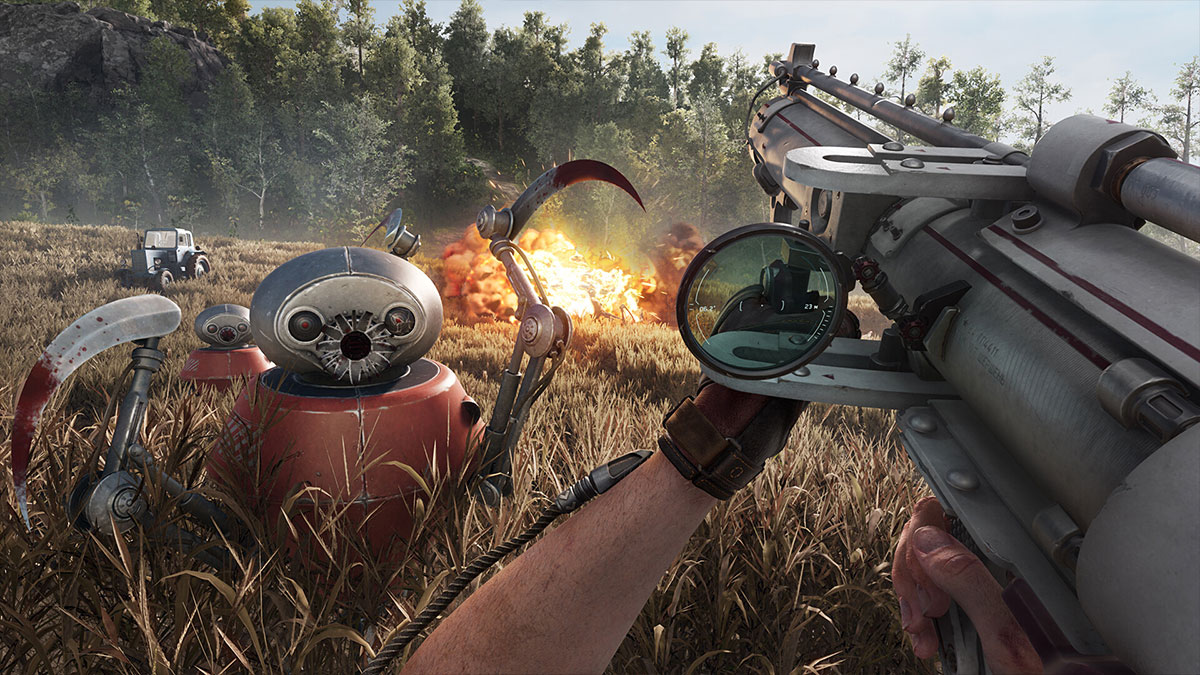 There’s been a lot of hype for Atomic Heart ever since the shooter was first revealed. It reminded a lot of folks of BioShock with each trailer, and that trend continues. The latest one, shown at The Game Awards, is full of more Soviet Era robot-busting action.

The Arlekino gameplay trailer, as it’s called, might not show us anything particularly new, but it does keep the hype train for the upcoming game going. The game puts you in the shoes of private agent Major P-3, sent to investigate a system failure at a classified Soviet facility. What you find there is a whole bunch of rampaging robots, ranging from laser-eyed spiders to red rolly-pollies to missile-shooting drones. Taking them on and surviving the ordeal means wielding a variety of powerful weapons, from a simple pistol to a rocket launcher. Major P-3 also has an “experimental power glove” that can weaponize technology around the facility in various ways.

Folks waited for an Atomic Heart release date for a while before one was finally announced in early November. Atomic Heart is headed to PlayStation 5, PlayStation 4, Xbox Series X/S, Xbox One, and PC via Steam on February 21, 2023. It will also be available on Game Pass for Xbox and PC that same day.

It’s important to put a caveat out there and not just have blind hype for the game. It’s fine to be excited, but Atomic Heart developer Mundfish did reportedly crunch and mistreat employees — a growing concern in the game dev scene. It’s up to each individual whether they want to play the game with that knowledge, but the report is out there.

As for BioShock, the series that Atomic Heart has been constantly compared to, we’re getting another one of those games in the future too. We don’t know much about BioShock 4 at this point in time, but it is currently in development.