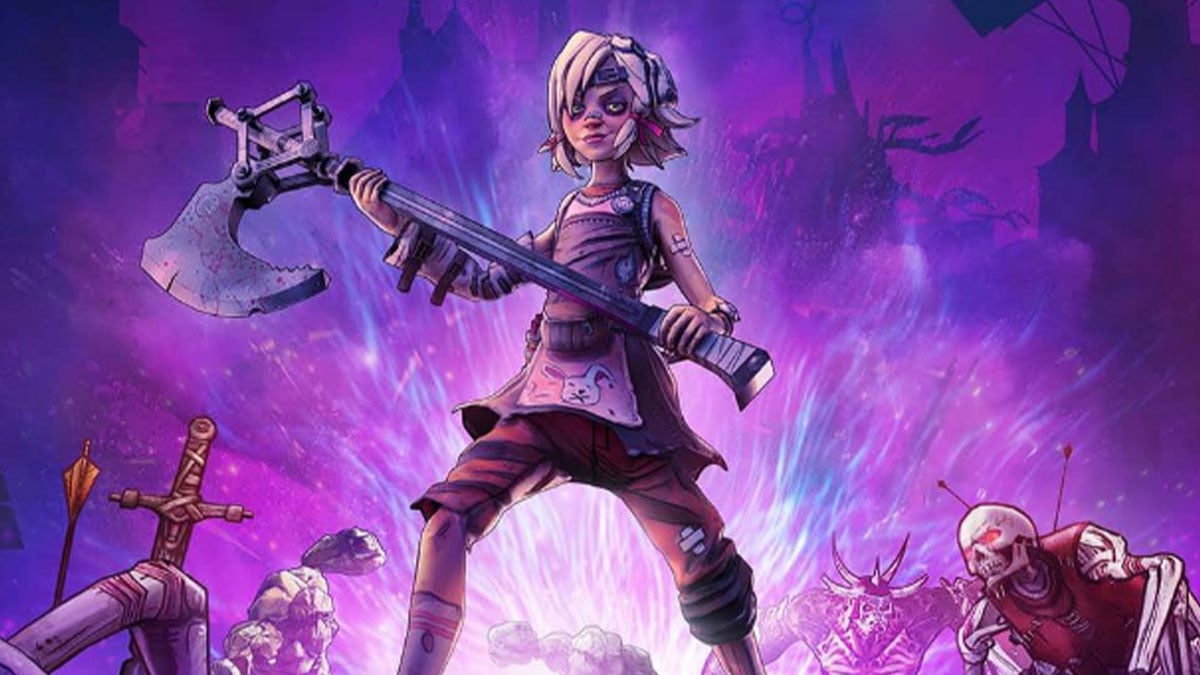 Assault on Dragon Keep was the fourth and final DLC expansion for Borderlands 2, and it sat the Vault Hunters down for a game of “Bunkers & Badasses,” which is Borderlands’ take on Dungeons & Dragons. The medieval bent and tabletop aesthetic are exactly what influenced the upcoming Tiny Tina’s Wonderlands. If you’re looking to experience that influence yourself, now you can do so with a standalone prequel.

As announced on Twitter, the original DLC has been rebranded as Tiny Tina’s Assault on Dragon Keep: A Wonderlands One-Shot Adventure. The standalone campaign will cost you $9.99 / £7.99, unless you grab it from the Epic Games Store, where it’s totally free until November 11. Whatever your choice, be prepared to return to Borderlands 2 gameplay mechanics — this is a rebrand, not a remake of the eight-year-old expansion.

In any case, Dragon Keep should serve as a great appetizer for Tiny Tina’s Wonderlands. The release date for the new adventure is March 25, 2022, and it’s headed to PC, PlayStation 5, PlayStation 4, Xbox Series X/S, and Xbox One. Although Assault on Dragon Keep is available on Nintendo Switch, Wonderlands is not confirmed to be coming to the hybrid handheld at this time.

What we do have is confirmation of the game’s first two classes: the Stabbomancer and the Brr-Zerker. The former is a stealthy character with magical knives, while the latter is a barbarian archetype with leaping and whirling attacks. We’ll learn about the game’s other classes as we approach launch day in the spring.