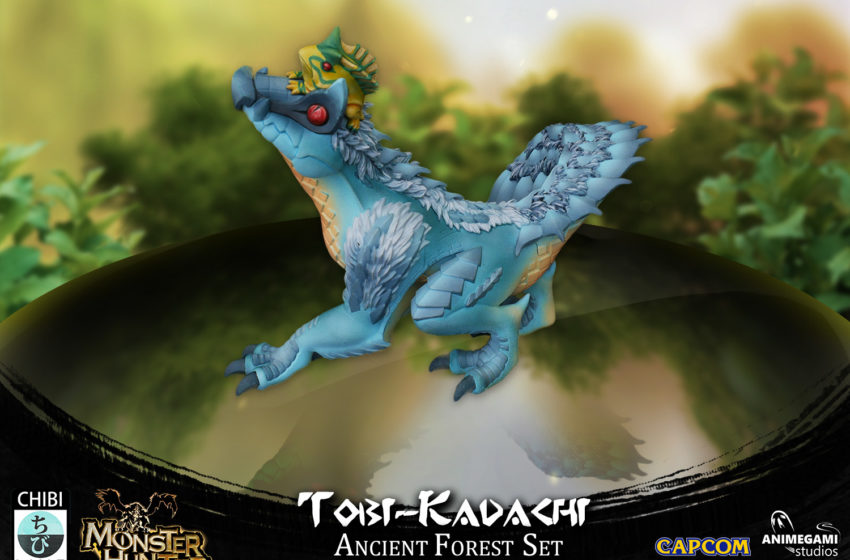 Animegami Studios and Capcom have officially revealed the first in a new line of four chibi Monster Hunter-themed figurines set to come out later this year. The first was revealed today by Animegami Studios, previewing the look of the first of five figures coming out soon: Tobi-Kadachi. The figure was shown during a special trailer showcasing it from multiple angles.

It will be priced at $49.99, with the first production line prototypes expected to be ready by late August or early September. Pre-orders open this Friday, May 29 on the Animegami Studios official website.

The prototype figures were originally showcased late last year at MCM Comic Con London, and the Tobi-Kadachi was one of them. The other chibi figure shown off was a small Rathalos, which also happens to be the next figure in the set.

As for what the other three figures could be, it’s anyone’s guess, though we are hoping for the Lagiacrus to make an appearance. The release date for the other four figures is also in the air, as we could potentially see delays due to the current COVID-19 pandemic.