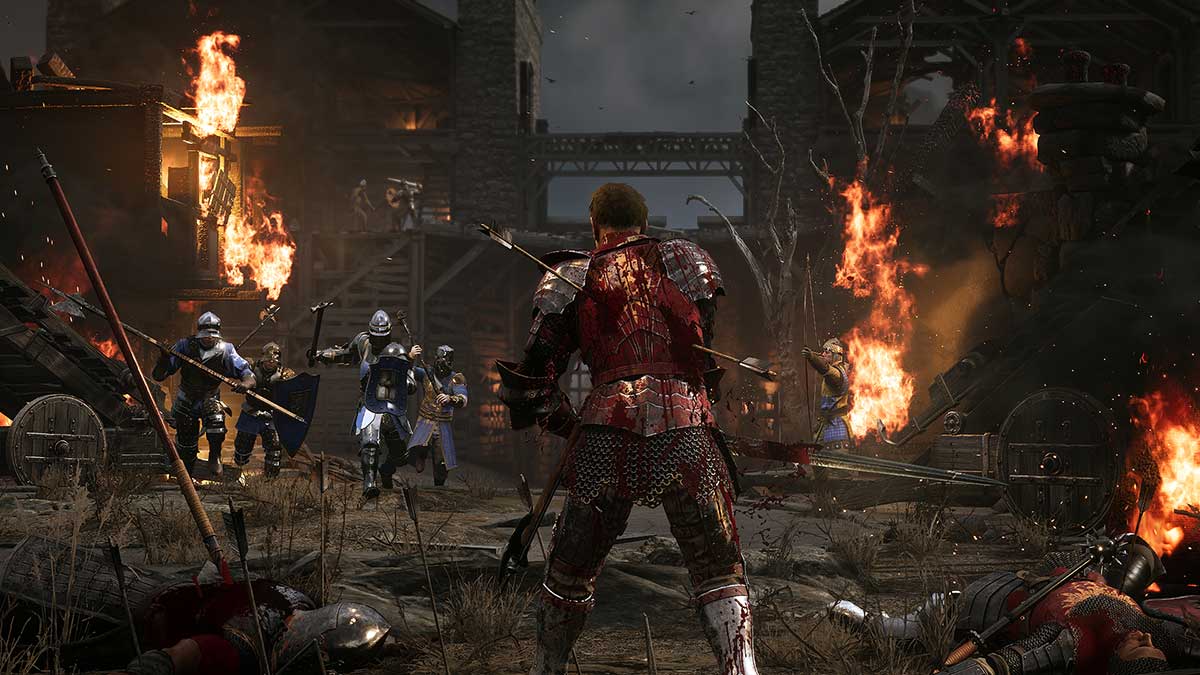 This weekend, the Chivalry 2 cross-play closed beta is live until April 26, 7:30 PM PT. For this limited time, players can experience the ultimate medieval battlefield, which has been improved upon from the days of the original Chivalry: Medieval Warfare.

The key to this closed beta is the addition of cross-play. Players across PC, PlayStation, and Xbox devices can all battle each other in gruesome close-combat battles. Finally, PlayStation fans have a chance to lop off the heads of Xbox users. This feature will be in the final release, allowing friends to hit each other with digital sharpened metal, regardless of the device they use.

Chivalry 2 launches on June 8, but everyone who has pre-ordered the game can access this cross-play closed beta. Anyone that wants to jump in anytime before April 26 only has to order the game, and they’ll be sent an invite.

Chivalry 2 builds upon the gameplay introduced with the first release. In addition to first-person medieval combat, players can now use a wide range of weapons, including chickens. The 12 subclasses on offer provide an opportunity for teams to strategize like never before.

New modes have been added to the roster on offer, including Free-for-All and Team Objective mode. Some have been built alongside the new maps, such as The Siege of Rudhelm. This map is made for Team Objective mode and can host up to 64 players in an all-out frenzy of bloody combat, with a castle to protect or siege and various implements of death specific to the castle itself.