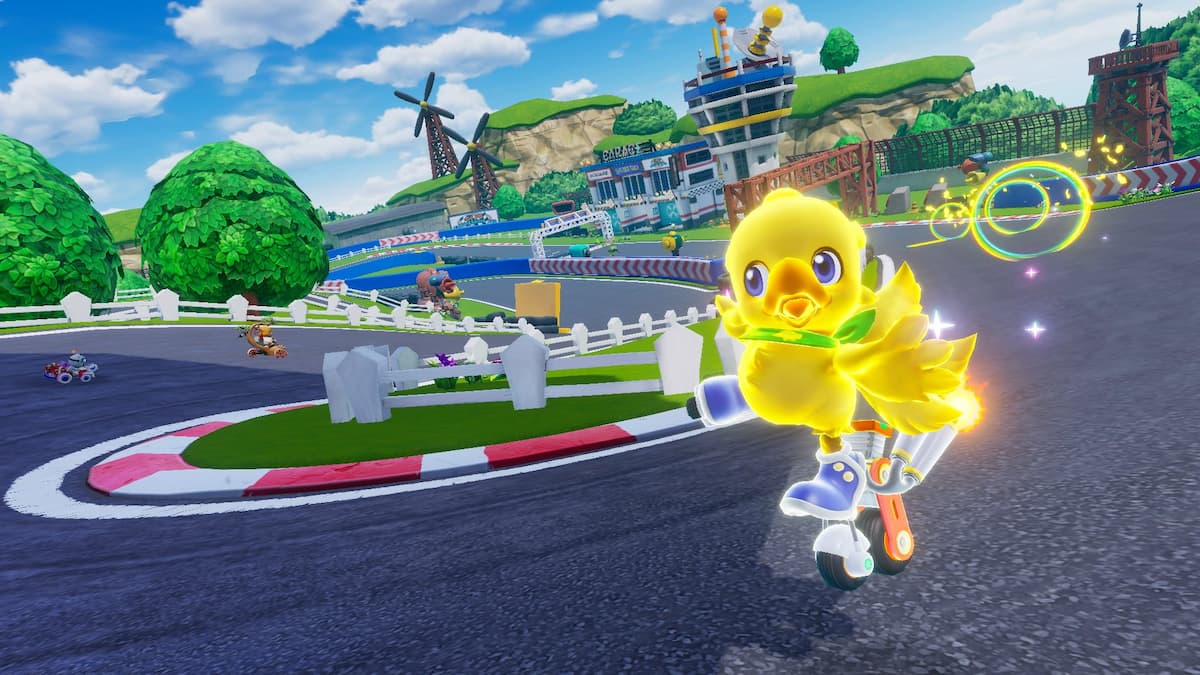 Recently announced racer Chocobo GP is going to feature a minimum of 20 playable characters. The news came directly for director Akihiko Maeda’s mouth during this year’s Tokyo Game Show Square Enix Presents showcase. A list of the characters was not given, but Maeda asked what characters fans would like to see.

The question was put forward maybe to help the development team with post-launch plans considering the response to an inquiry about whether DLC maps and characters would be added at any point. Maeda dodged the topic by stating it was “a good question,” which suggests DLC is at the very least being discussed internally.

The gameplay was given more detail, however. For example, the classic Final Fantasy spells can be picked up and leveled up from fire to fira to firaga. Other racers are given an indication when someone is in possession of a spell. Beyond the magic system, each of Chocobo GP’s characters have their own special ability.

Chocobo GP is a kart racing game releasing exclusively on Nintendo Switch in 2022. The title appears to be a spiritual successor to the original PlayStation’s Chocobo Racing. There was also the Japanese-only Chocobo Stallion, inspired by Final Fantasy 7’s Chocobo racing minigame, included in Chocobo Collection.