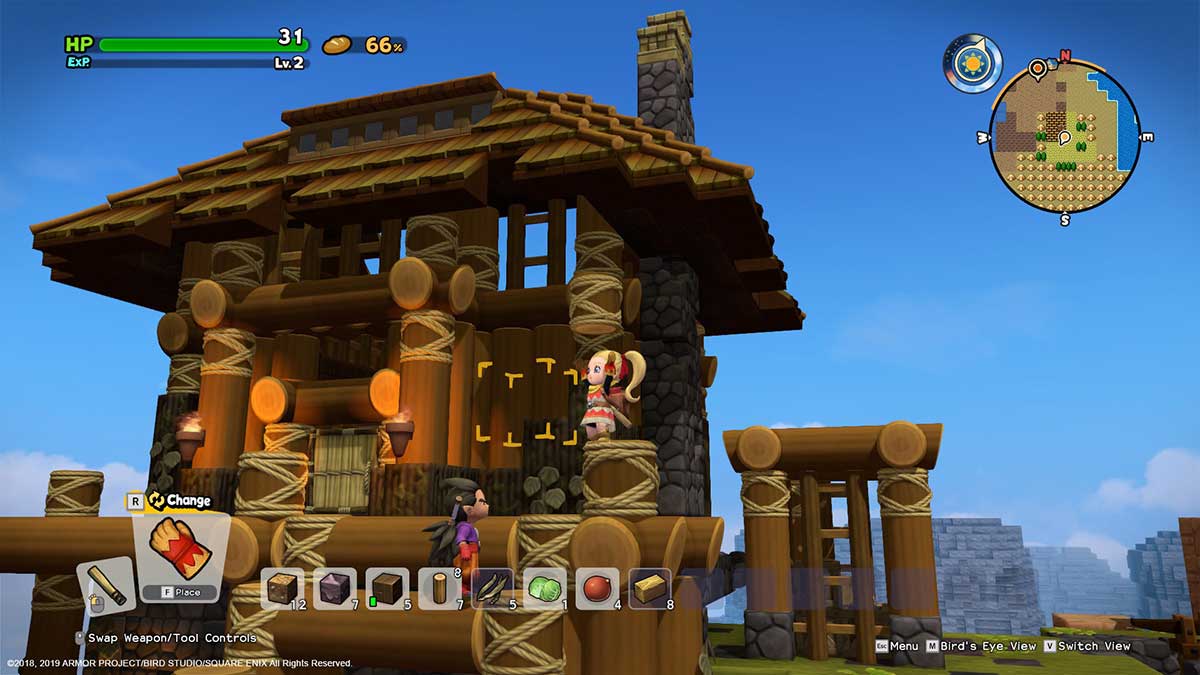 A new Microsoft store listing for Dragon Quest Builders 2 has revealed that the game is coming to Xbox One, Xbox Series X/S, and PC via Xbox Game Pass and Xbox Cloud Gaming next month. The title, first released in 2019, has only been available on Nintendo Switch, PlayStation 4, and Steam.

According to the listing, Xbox uses don’t have long to wait before they can get their hands on the base building spin-off sequel from the critically acclaimed Dragon Quest series. The release date listed is May 4, just over a week away.

In Dragon Quest Builders 2, players can take on a traditional Dragon Quest campaign with a block building twist or work with up to three other players in sandbox mode. The version coming to Xbox Game Pass includes The Modernist Pack, Designer’s Sunglasses, Hotto Stuff Pack, Aquarium Pack, Dragonlord’s Throne, Historic Headwear, and more. It’s likely a complete package with all previously released DLC. A statement on Xbox Wire explains that you’ll be able to play across multiple platforms with progress saved across consoles and PC thanks to Xbox Play Anywhere.

The game blends elements of Dragon Quest with those from popular block building titles such as Minecraft. Building a town brick by brick is a small part of the game sandwiched between combat and survival elements. Overall though, it’s a competent co-op game for those wanting to work towards a single goal.

The game’s developer, Square Enix, will be showcasing new games at E3 2021. Dragon Quest Builders 2 addition to the subscription service could be a sign of things to come, whether that’s more IPs moving to Xbox Game Pass or a third game in the series.