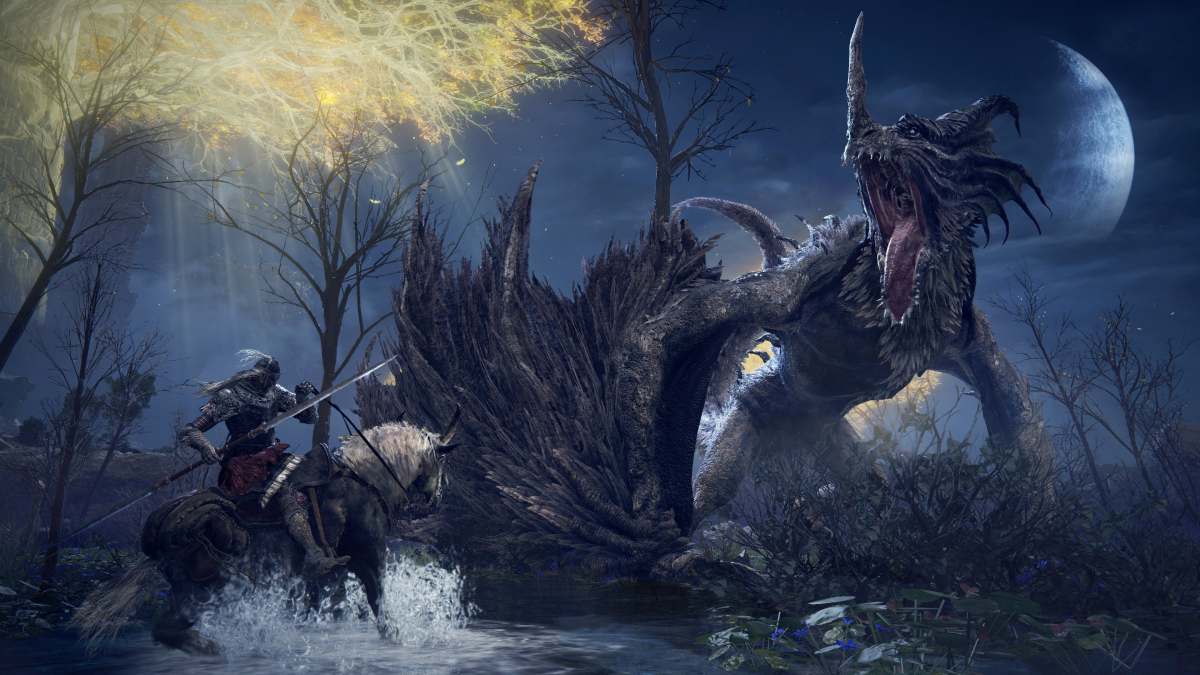 Literally every single drop of information about the upcoming FromSoftware title Elden Ring is supercharged with fan hype, and the latest revelation is no exception. Eager fans have been scanning the many pieces of promotional artwork released for the game, and some have discovered in one such piece a hint of the much-awaited return of a classic Dark Souls 2 weapon: the Twinblades.

If you are unfamiliar, the Twinblades were a unique weapon type exclusive to Dark Souls 2. One of the coolest weapons of its type in any fictional franchise, the Twinblades were missed by many players of subsequent Soulsborne games. There were multiple Bloodborne weapons that could be considered spiritual successors — including the Blade of Mercy, which was apparently called Warped Twinblades during the game’s early playtests — but no true version of the Twinblades has been included in recent FromSoftware games.

Elden Ring seems intent to break the streak and bring back the Twinblades in their original glory. Artwork released for the game is consistently representative of what players should expect to see and play with in Elden Ring. For that reason, we (and many of the game’s fans) are confident that the Twinblades will be included as a playable weapon.