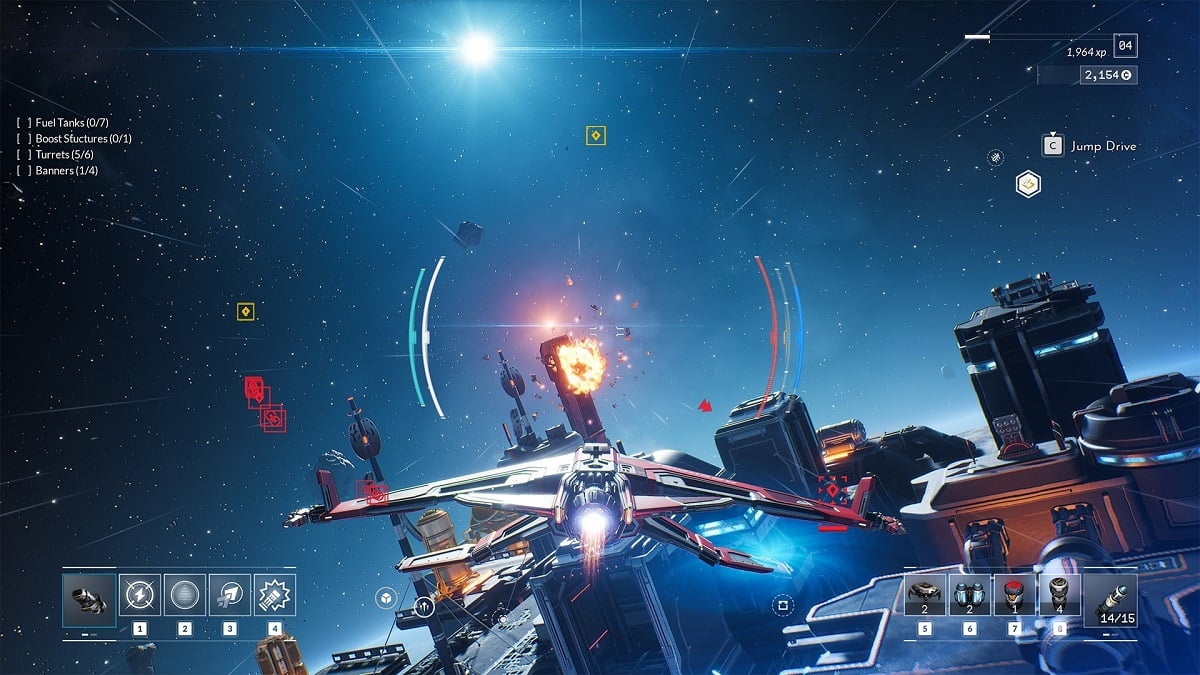 Everspace 2 will finally have lift off when it launches in early access on January 18.

Taking to the official Everspace Twitter account to confirm the new start date, developer Rockfish Games revealed that Everspace 2 would be playable in early access on Steam and GOG’s Games in Development program. The announcement was accompanied by a new teaser trailer which gives a glimpse at some of the gorgeous looking locales that players can explore in-game.

Gamers who participate in Everspace 2’s early access launch will be able to play around 25 hours worth of content. The first 12 hours of the story campaign, as well as numerous side quests, will allow players to get to grips with Everspace 2’s core gameplay elements such as exploration, ship customization, space combat, mining, and trading.

“After multiple rounds of community testing by some 2,000 players, and great feedback from various gaming outlets and content creators on the closed Beta, EVERSPACE 2 is ready for Early Access,” Rockfish CEO and co-founder Michael Schade said in a press release to coincide with the early access announcement. “We can’t wait to receive feedback on the initial release version from space game enthusiasts on Steam and GOG, and we look forward to working closely with our community over the course of the next 12 to 18 months to make an outstanding narrative-driven open-world space looter shooter.”

Everspace 2’s early access program was supposed to begin in December 2020. However, in an update on the game’s Kickstarter page on October 30, Rockfish announced it was delaying the launch for one month to avoid a clash with Cyberpunk 2077.