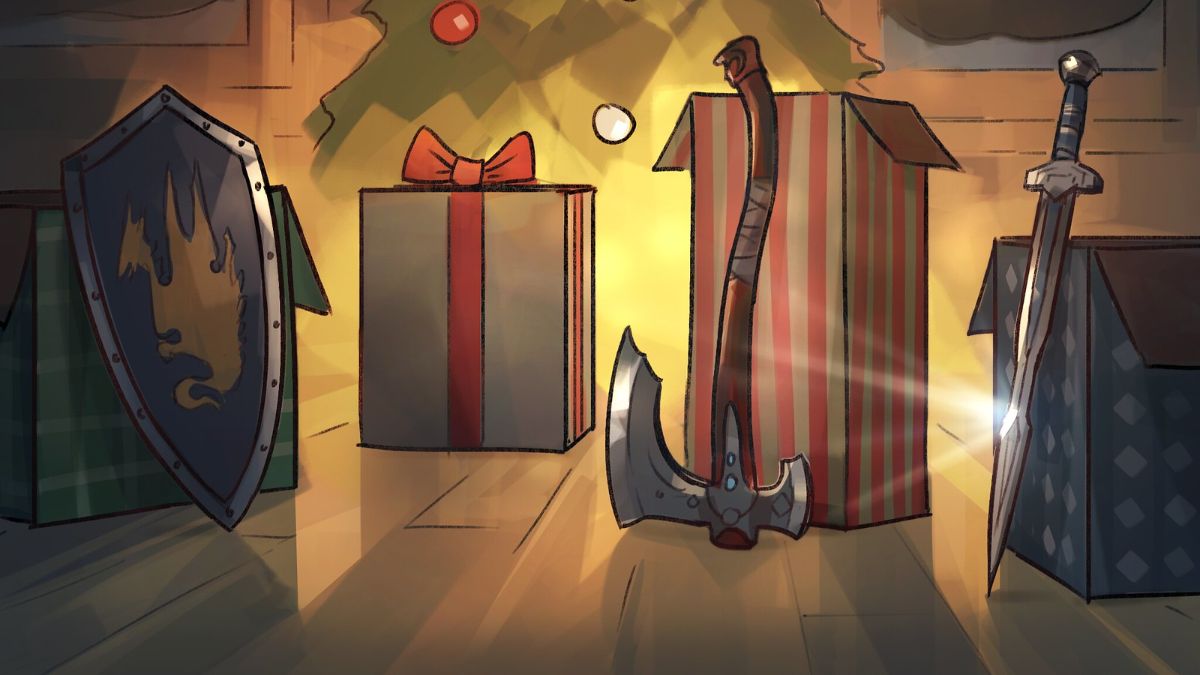 Bluepoint Games has shared its Holiday Card 2022, which has caught the PlayStation community’s attention precisely because they believe the image is teasing a new title for the studio — a remake of an iconic Hideo Kojima property that has long been rumored.

Sony published a blog post that shared several holiday cards from the first-party PlayStation studios. Bluepoint Games holiday card features traditional Christmas imagery, with a Christmas tree and presents. Three gifts are open with a shield, axe, and sword leaning on them, while a fourth gift remains wrapped and sealed.

The gaming community has figured out that the weapons shown in the holiday card represent the games Bluepoint Games previously worked on or helped in development. The shield represents the Demon’s Souls remake, the axe represents the God of War Collection and God of War Ragnarök (partnered studio), and the sword represents the Shadow of the Colossus remake.

It’s been long rumored that Bluepoint Games is tied to remaking Metal Gear Solid, and some gamers believe that the red ribbon in the unopened present represents the red question mark that appears over enemies’ heads when they spot Snake.

Metal Gear Solid franchise creator Hideo Kojima had previously tweeted a zoom-in image of a pop-up window on his computer with blue points. Many fans believe that the tweet is a sign that Kojima has been involved in something bluepoints related, most likely the company, and theorized he is potentially involved with developing the Metal Gear Solid remake.

If the Metal Gear Solid remake rumors turn out true, it will be the first Metal Gear game revealed since Metal Gear Survive in 2018. Kojima is currently working on a sequel to his hit action game, Death Stranding, which was announced at The Game Awards 2022. He is also teaming up with Hammerstone to produce a film adaptation of Death Stranding.