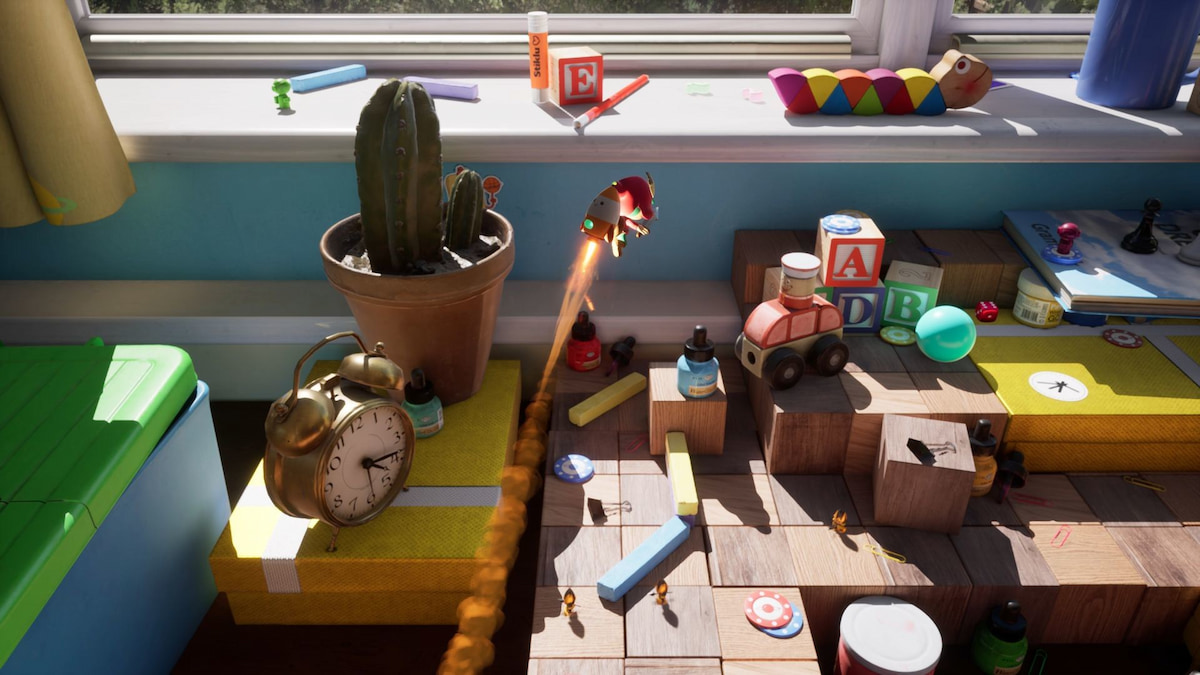 Devolver Digital shared a wacky presentation called the Devolver Digital Marketing Countdown to Marketing, which is part of the ongoing Summer Game Fest 2022. In the presentation, Devolver revealed several upcoming games that the studio is helping to produce. Some of the games announced include Anger Foot, Cult of the Lamb, and a whimsical action-adventure game called The Plucky Squire.

The Plucky Squire is being developed by a small independent studio called All Possible Futures. The small studio was co-founded by James Turner, an art director, and designer who is best known for working on a number of Pokémon games. Turner is known for his colorful and imaginative art style, which is reflected in The Plucky Squire reveal video.

The Plucky Squire blends multiple different genres and art styles. The announcement trailer starts by showing the game as a 2D, top-down dungeon crawler similar to classic The Legend of Zelda games. The main character Jot can jump out of the book they were confined in and explore the 3D world of someone’s room. Besides the top-down perspective, the trailer shows that Jot can become 2D to 3D at will, which is a similar gameplay function as seen in The Legend of Zelda: A Link Between Worlds.

James Turner began his career with Pokémon in 2010 when he was employed by Game Freak to be an Art Director for the series. As a British artist, Turner was the first Westerner to officially design Pokémon. He was the one that designed several memorable Pokémon like the Vanillite line, Golett and Golurk, Poipole and Naganadel, Phantump and Travenant, and the Galarian Zigzagoon line. Turner announced that he left Game Freak in 2022 to form All Possible Futures, with The Plucky Squire being the company’s first game.