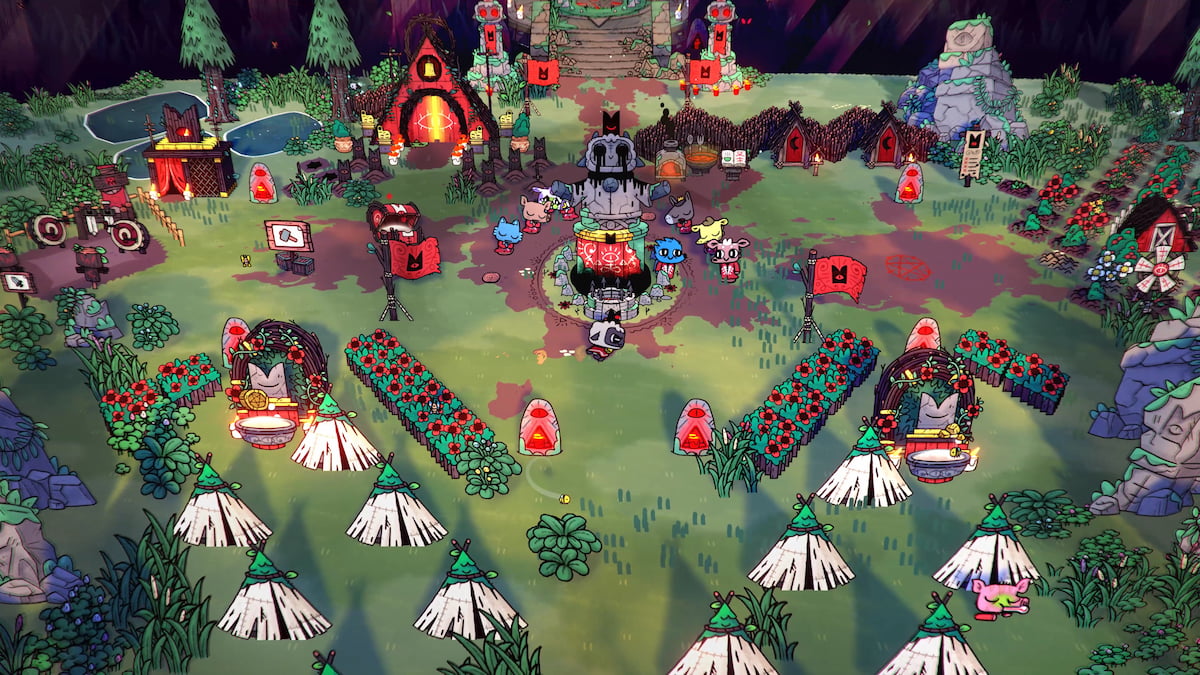 The Cult of the Lamb gives you a chance as a lamb to become head of a cult as your character has become possessed by an ominous, demonic stranger. You will need to build up your followers to follow in your ways, creating structures in the name of your cult and performing dark rituals with them to appease the dark gods. Cult of the Lamb will be available on PC and the Nintendo Switch when it launches. When is the release date for Cult of the Lamb?

Cult of the Lamb release date

During the Nintendo Indie World Showcase of May 2022, Cult of the Lamb will arrive sometime in late 2022, and it has been confirmed the official release date will be on August 11.

In Cult of the Lamb, you’ll be working with your growing community of loyal woodland followers to gather resources and build a thriving community to worship your character, the possessed lamb. Despite being about woodland creatures and having adorable graphics, the game is quite dark where you’ll be fighting off hordes of enemies in a randomly generated world as you hunt down non-believers.

When the announcement of an official release date happens for Cult of the Lamb, we’ll likely learn more about the gameplay loop and what type of enemies we can expect to encounter. Given the brief look since it was first announced in August 2021, Cult of the Lamb is a roguelite game where you’ll be spending most of your time exploring newly created dungeons. Your growing flock and community will remain with you throughout your time with the game. As you progress, more challenging bosses will appear to attempt to stop you and your flock.