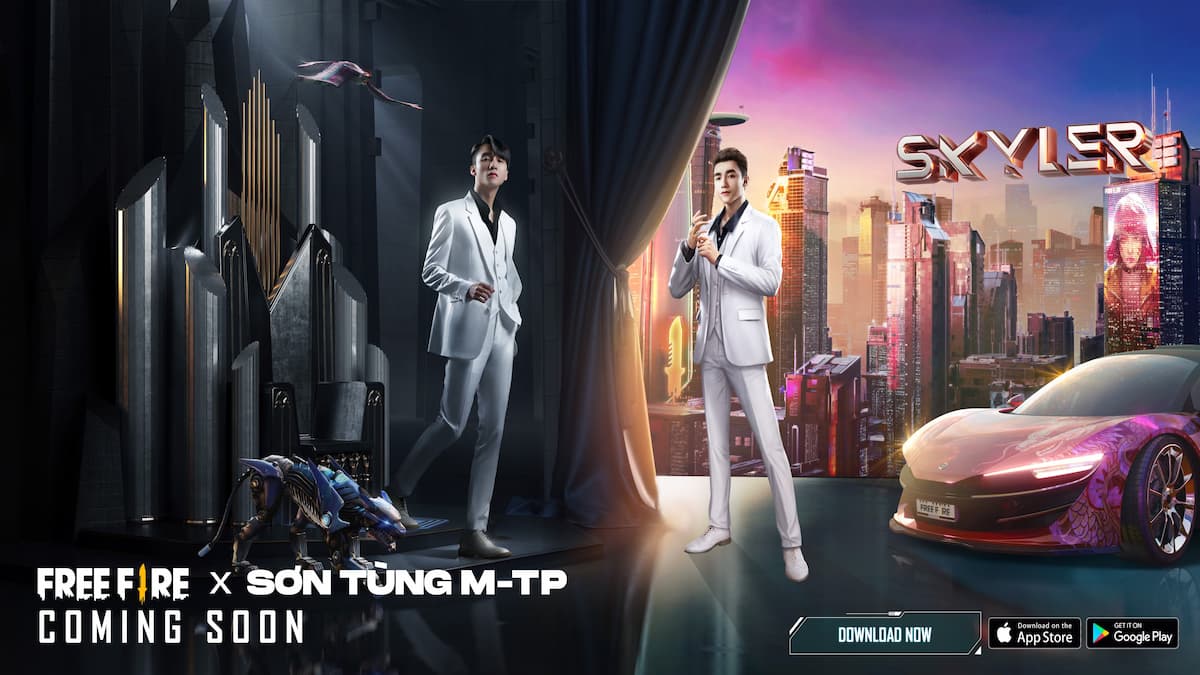 About a month ago, Garena announced the collaboration between Free Fire and Vietnamese musical artist Son Tung M-TP, under which they released a theme song performed and directed by the singer. In addition to this, a character named Skyler inspired by him was also teased, with Skyler set to release in the Free Fire OB26 update.

Since then, players have been waiting to play as Skyler. No official announcement came from Garena until now — Garena has confirmed that Skyler will be released soon in Free Fire in the upcoming weeks. The official trailer uploaded on the official YouTube channel of Free Fire is embedded below.

Skyler is a CEO and superstar who comes with his own character set named Superstar Set. As per the leaks, he has the ability to unleash a sonic wave forward, which can damage five Gloo Walls within a 100-meter range. In addition to this, each Gloo Wall deployed will result in HP recovery beginning from four points.

His ability has a cooldown period of 60 seconds and can be upgraded to level 6 in order to increase the damage range and HP recovery, and decrease the cooldown period. Son Tung M-TP is the first Vietnamese to have a character in Free Fire. In previous collaborations, characters based on Alok, Jota, K, and Chrono also got featured in the game.