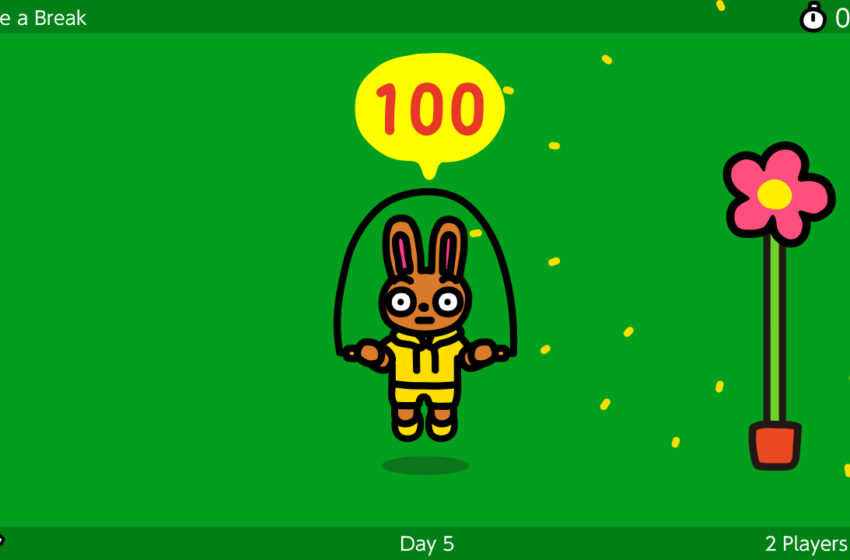 Nintendo has announced the release of the free game Jump Rope Challenge for Nintendo Switch, which is now available on the eShop. The game is centered around a feature that allows you to jump a rope virtually and watch the on-screen counter increase with each successful hop.

A 1v1 PvP mode is also supported as a friend will be able to grab a Joy-Con and challenge players to reach the highest score.

On the eShop, Nintendo offers a series of suggestions for players before they jump in the game, as the gameplay “requires varying amounts of physical activities.”

Such suggestions are seemingly hinting for something more than a simple mini-game or mini-game collection, as players will have a physical challenge to set new and new records.

As seen in the first screenshots, Jump Rope Challenge takes note of players’ progress throughout the days, counting the number of hops for each day since the installation of the game.

The idea is to offer “an active break in your day” with this simple and free app for Nintendo Switch, in times of lockdown or post lockdown due to COVID-19.

COVID-19 has severely impacted Nintendo’s strategy over the last few months, with 2020 games that have not been announced yet or are being revealed unusually close to their releases.

A case like that has been Paper Mario: The Origami King, which was revealed last month and is already coming this July.