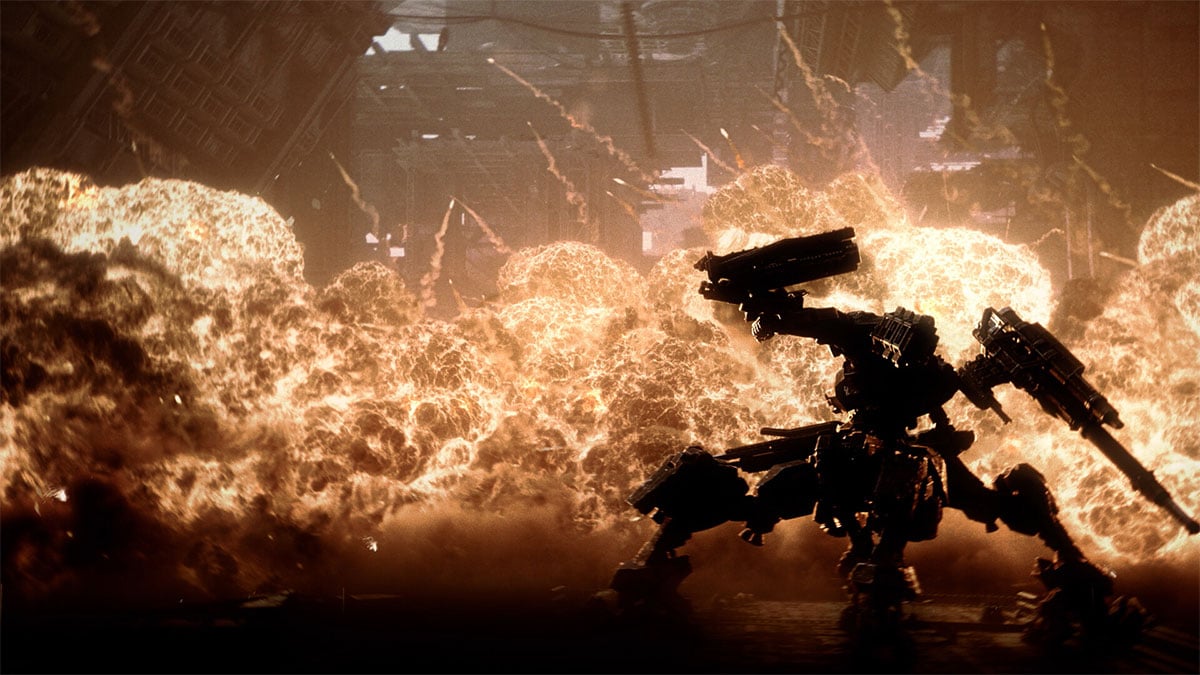 One of the biggest reveals of The Game Awards 2022 was Armored Core VI: Fires of Rubicon, a confirmation that finally came after some leaked screenshots at the start of the year. Based on the description of the game, a lot of fans were expecting it to be a hybrid of Armored Core’s mech mechanics and the Soulsborne series’ style of gameplay, but that’s not going to be the case.

IGN interviewed FromSoftware president Hidetaka Miyazaki and Armored Core VI director Masaru Yamamura, looking for some additional details after the announcement trailer. Importantly, Miyazaki set the record straight about the gameplay focus — it’s deliberately not going to mimic Dark Souls, Bloodborne, and others like them. “We’ve not been making a conscious effort to try to direct it towards more Soulsborne type gameplay,” Miyazaki stated. “Let me just make that clear.”

It’s important to clear up because the game’s Steam page boasts that Armored Core VI will combine “FromSoftware’s longstanding expertise in mech games and their signature robust gameplay.” Apparently, that applies more to the approachability of the game, not its specific features. Miyazaki names the mech assembly and piloting specifically. In the same way that Elden Ring offered multiple ways to approach its gameplay loop, FromSoftware wants to offer the same for Armored Core. This falls in line with Miyazaki’s previous comments about not changing how his studio’s games are made.

Despite the misconception about how Fires of Rubicon will play, there’s still a lot of hype from fans about the dev team. Masaru Yamamura was the lead designer of Sekiro: Shadows Die Twice, and now he’s directing Armored Core VI. Again, that doesn’t mean combat will be similar between the games. “There are no elements directly referring to Sekiro,” Yamamura said, “but I feel both titles share the same essence of battle such as aggressive, speed change, and action-oriented fighting.” No matter how similar or different the games end up being, it’s good to see Armored Core get some love after a ten-year gap.