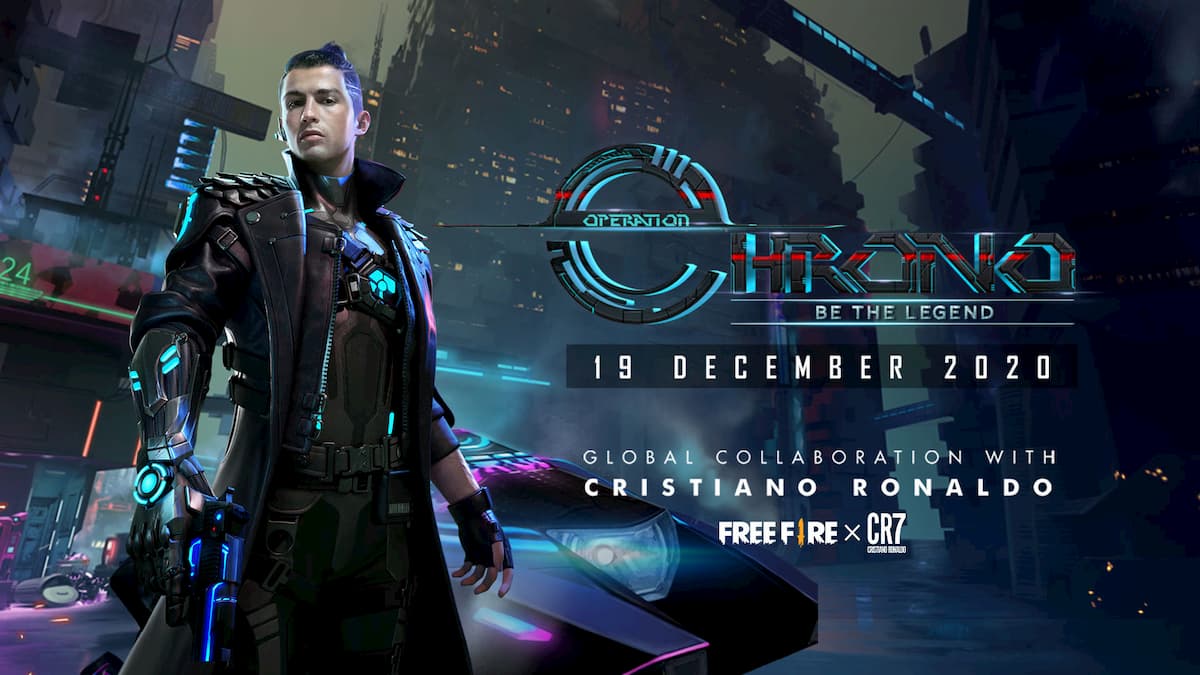 Garena has released the Free Fire OB25 update that has added several new stuff, including Vector Akimbo, Ranked Season 4, Advanced Weapons, and more. The update is based on the Operation Chrona theme under which Garena Free Fire has announced Cristiano Ronaldo, one of the most renowned football stars, as its global ambassador.

According to the official teaser, a new character named Chrono, based on Cristiano Ronaldo, will be introduced in the game on December 19, 2020. The character was first spotted in the Free Fire OB25 Advance Server with the name ‘Mystery Character.’

Chrono’s ability will be called ‘Time Turner’, using which he creates a force field that blocks damages along with an increase in movement speed. In addition to this, the game has been completely redesigned with the collaboration theme. The character can be leveled up to further increase the movement speed and decrease the cooldown period.