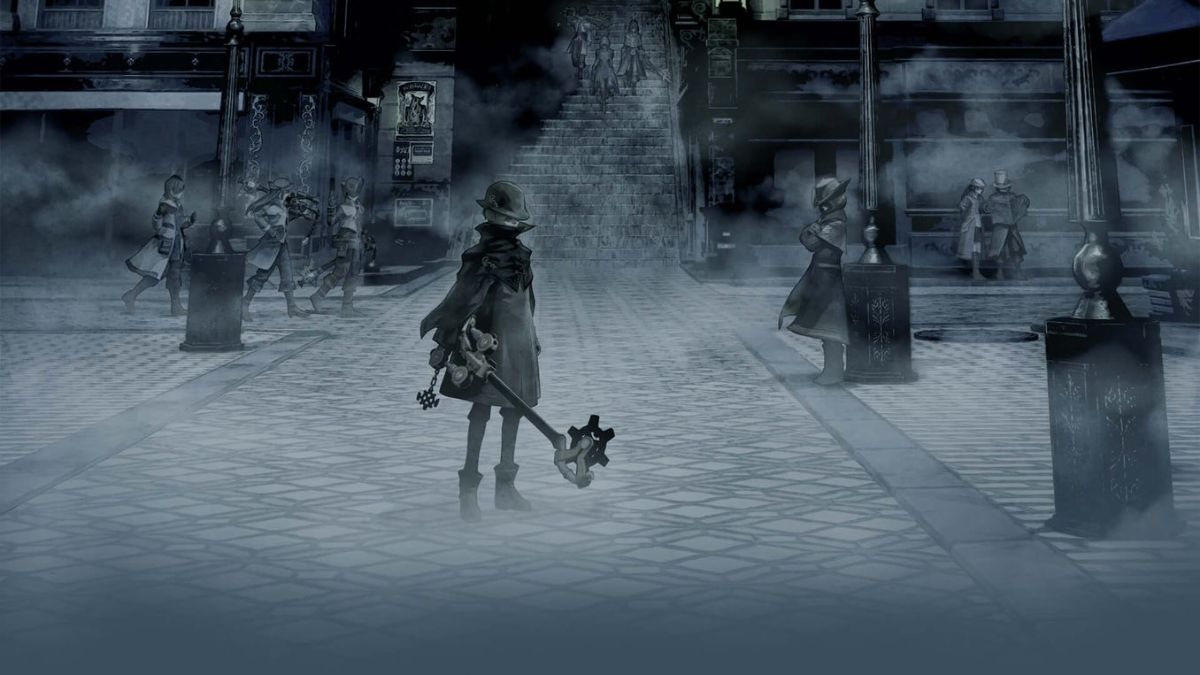 The official Kingdom Hearts mobile social media account has shared a new key art for the upcoming Kingdom Hearts Missing-Link game, and publisher Square Enix is taking applications for a Prototype Test. However, this closed beta test is only available to players from Japan, only to 1,000 testers, and will only work on iOS, starting from January 13, 2023. It’s unknown if another Prototype Test will be made available to testers outside of Japan, but hopefully, a more inclusive version of the game will launch in other parts of the world shortly after the Prototype Test.

The new key art is a moody piece that shows a keyblade wielder in a misty victorian-based town, wearing dark clothes with a top hat, a cape, and a long coat. Other keyblade wielders in similar clothes are walking or standing behind the lead wielder in the center of the art piece. The town is most likely Scala ad Caelum, the final world in Kingdom Hearts III that has a personal connection with the series’ main villain Xehanort.

Related: When is the release date of Kingdom Hearts: Missing Link?

Missing-Link was announced during the Kingdom Hearts 20th Anniversary event and will fill in the missing story beats set up in Union χ and Dark Road. Missing-Link will have players create their own customizable keyblade wielder avatar, and they can take their avatars to the streets of old Scala ad Caelum or Disney worlds. The game will be the first 3D-modeled Kingdom Hearts mobile game. Players fight by summoning trophies of iconic Disney and Kingdom Hearts characters.